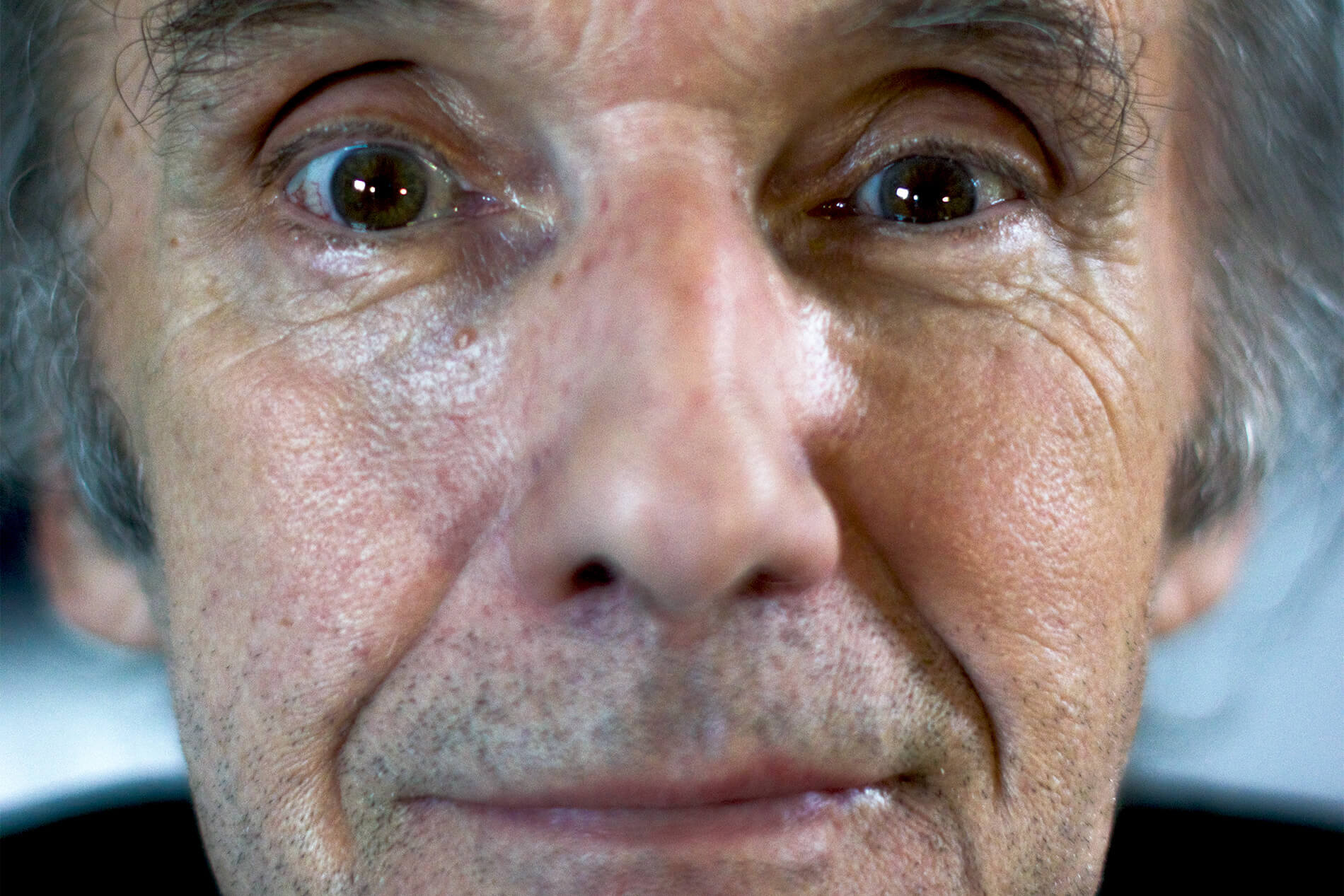 An investigation that compares the past with the present by focusing on the world of contemporary art through the mental and physical space of the artist.

Marco Gastini was born in 1938 in Turin. He attended the Art School and then the Painting School of the Accademia Albertina in Turin, with a previous technical-professional training experience in the workshop of his marble-working father. His pictorial debuts take place in a late informal climate, to move on to a less material painting expressed in female nudes or landscapes, presented by Paolo Fossati and Enrico Crispolti in the first personal exhibitions of 1967 and 1968 at the La Steccata galleries in Parma, Il Girasole Arte Contemporanea of Rome and Pozzi Arte Contemporanea of ​​Novara. At the end of the sixties, the investigation on the sign, the spatial presence, the chromatic zeroing, lead him to a personal research on painting with experiments from spray-painted canvases (Landscape, Galleria Il Punto of Turin, 1968) to enamels and to flocking on Plexiglas, wood or vedril (Linea d’aria, Salone Annunciata in Milan, 1969). The paint thickens on glass, neon or Plexiglas boxes in lead and antimony colored spots. In the early seventies, among the pioneers of “analytical painting”, works on the wall, rigorous squares and elementary lines in cement powder, charcoal or conté (18 x 18 / 3 red + 1), preceded by design slabs in durcot on plexiglas (Project for wall); the artist does not lose sight of the canvas, intervening with minimal signs that ascertain the space, measure it through simple geometries (Acrylic n. 5, 10/1, AYZ), while still on the scratched Plexiglas the gesture “lives” and reveals itself on the invisible support. The experimentation proceeds with the use of the “pearl white” pigment, mother of pearl, applied since 1977 on canvases, papers or on the wall, representing the exit from the “non-colour”. In this year the artist held his first one-man show at the John Weber Gallery in New York – with which he collaborated for many years to follow – which was followed by many others abroad between the 1970s and 1980s, at Argès and Baronian of Brussels, to Annemarie Verna of Zurich, D + C Mueller-Roth of Stuttgart, to Walter Storms of Munich. Solo and group exhibitions alternate constantly in Italy and abroad in the following decades. We mention those at Studio Grossetti in Milan, at the Primo Piano and Sperone galleries in Rome, at Il Banco in Brescia, at Christian Stein in Turin.

The first monograph of Paolo Fossati dates back to 1976, published by Christian Stein himself, followed by that of 1988 for Edizioni Essegi of Ravenna. Again in 1976, Gastini participated with a personal room at the XXXVII Venice Biennale. Filiberto Menna reviews the one-man show at the E Tre Gallery in Rome (1977) and Pier Giovanni Castagnoli at the Studio G7 in Bologna (1979). At the end of the decade, painting now borders the surface of the canvas, paper or other supports, and conquers the wall; at the same time, the use of various materials such as parchment, glass, metals such as iron, copper and tin, organic elements such as coal, vegetables similar to locust beans, and later stone, sign his stylistic signature ( his artistic language). At the beginning of the eighties, color was recovered, the more complex, material and chromatically bright pictorial mixture, with pigments and binders. In this decade, and to follow, many solo and group exhibitions in Italy and abroad confirm his artistic fame: in 1982 he took part again in the XL Venice Biennale and Tommaso Trini’s monograph was published. Furthermore, the Städtische Galerie im Lenbachhaus in Munich hosts his first major retrospective, curated by Helmut Friedel; followed by a one-man show at the Galleria Civica in Modena (1983), accompanied by a catalog with a critical text by Flaminio Gualdoni, and at the PAC in Milan (1984). In this period Gastini created works of impressive dimensions: in 1987, in Castel Burio, he was The Viking ship plowing through the rows, an outdoor site-specific installation in close dialogue with the environment, and in 1988, in San Gimignano, in Piazza Pecori The dream breathes in the air.

Large-scale works also in the nineties, which are accompanied by a series of works characterized by the use of iron, which see a succession of exhibitions in Northern Europe, Italy and overseas: Galerie Branstetter & Wyss, Zurich, John Weber Gallery, New York (1990); Studio La Città, Verona (1991); Galleria Civica d’Arte Moderna, Bologna (1992, with a critical text by Pier Giovanni Castagnoli); Civic Gallery of Contemporary Art, Trento (curated by Danilo Eccher), Kunstverein, Frankfurt and Sangallo (1993, curated by Peter Weiermair, Petra Kirchberg, Roland Waspe); Study G7, Bologna (1996); Galleria Il Cenacolo, Trento (1999). The new century counts, among others, the retrospective at the GAM in Turin (Palazzina della Società Promotrice delle Belle Arti) and the Städtische Galerie im Lenbachhaus in Munich (2001), curated by Pier Giovanni Castagnoli and Helmut Friedel; the one at the CAMeC in La Spezia and at the Kunsthalle in Göppingen presented by Bruno Corà and Werner Meyer (2005). For private galleries, we mention the personal exhibitions at the Galleria dell’Oca in Rome (2005), at the Otto Gallery in Bologna (2006), at the Galleria 2000 & Novecento in Reggio Emilia (2007), at the Galleria Giorgio Persano in Turin (2008) , at the Galleria dello Scudo in Verona (2008-09), at the Progettoarte-elm Gallery in Milan (2012), at the Antonella Cattani Contemporary Art Gallery in Bolzano (2014), at the Il Ponte gallery in Florence (2016). Gastini creates installations in the church of San Giacomo in Treville (2005) and in the wood of Bossolasco (2008); in Turin, for Luci d’Artista, since 2009 (permanent) a patterned carpet of blue neon signs radiates towards the ceiling of the Galleria Subalpina.