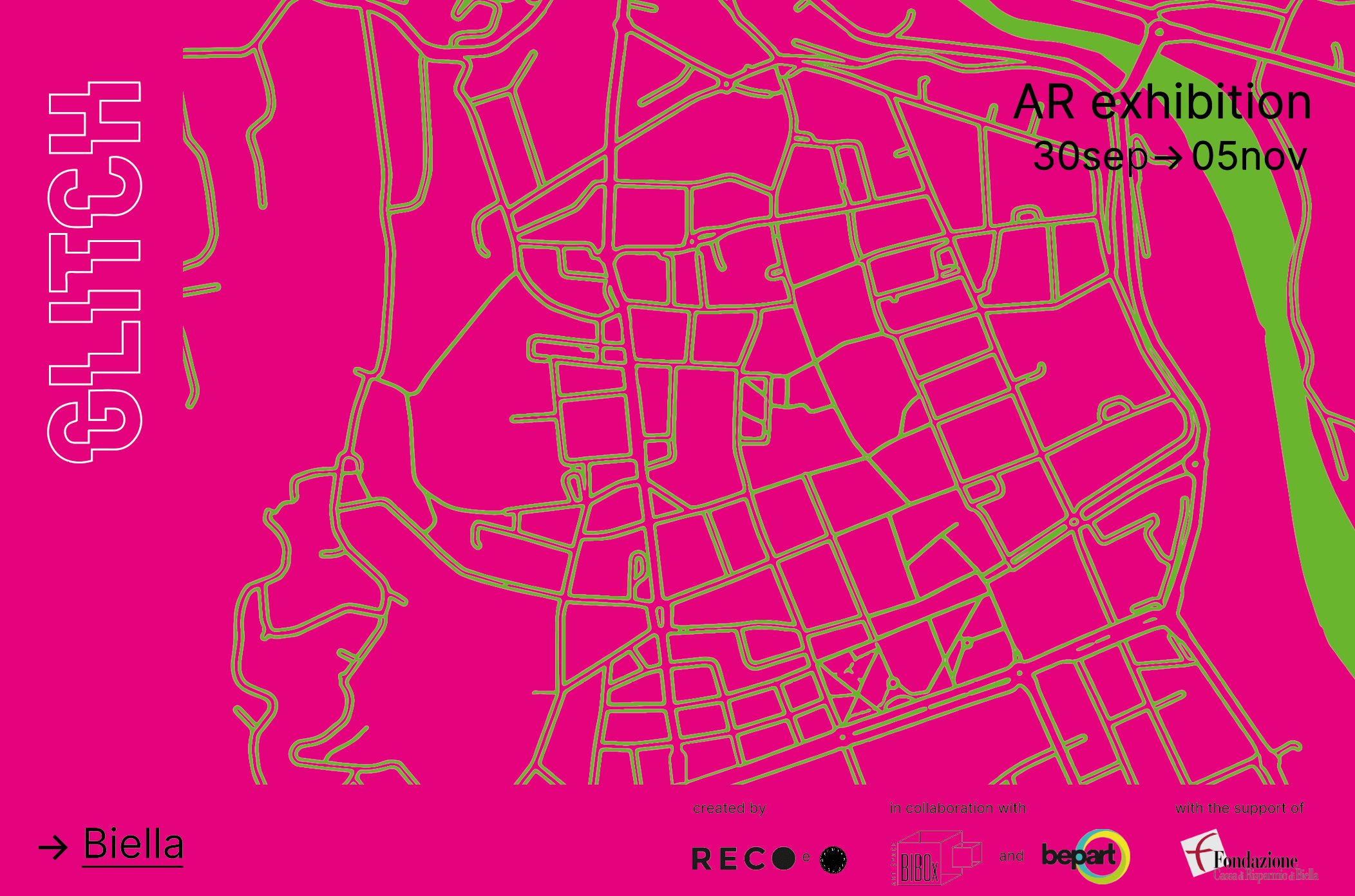 The widespread exhibition is organized in collaboration with BI-BOx Art Space Biella and Bepart, with the support of Cassa di Risparmio Biella.

Starting from 30 September, Biella will host the first stage of the return in Augmented Reality of GLITCH, an online residence designed by Recontemporary and Wild Strawberries, with the official patronage of the Department of Architecture and Design of the Politecnico and the Accademia delle Belle Arti of Turin.

The artists involved are called to exhibit the works created during the residency in a widespread exhibition around the city with the aim of discovering new visions and new ways of experiencing art. The works will be hosted in random order by BI – BOx Art Space, Cittadellarte, Cinema Verdi (Candelo), Thanks, Cigna Dischi, Biblioteca Civica, Cappellificio Biellese and Libreria Vittorio Giovannacci.

On 30 September it will be possible to see all the works together with the curators of the project (Iole Pellion di Persano, Irene Dionisio and Irene Finiguerra) and the artist, following a tour whose stages are in detail below (autonomous movement by foot and by car) .

To access the works, you can download the Bepart app and go to the points indicated on the Glitch map, frame the markers with your smartphone, also designed by the artists and an integral part of the work: thus the interpretation of the different students will come to life. The aim of the residency was to support students in the creation of an unpublished AR work and in their insertion within the contemporary artistic context. Thanks to a technical jury that evaluates all the works produced, at the end of the residency the Fondo Per l’Arte Prize worth € 600 is assigned to the artist judged to be the best and his work will become part of the Stefano Cecchi Trust Collection and will published in the annual catalog of the collection.

Participants were invited to discuss and interact with international tutors and speakers from the contemporary art and digital technologies sector, including Dennis Del Favero (iCinema Center Sydney), Carolina Ciuti (LOOP festival BCN) and several others. 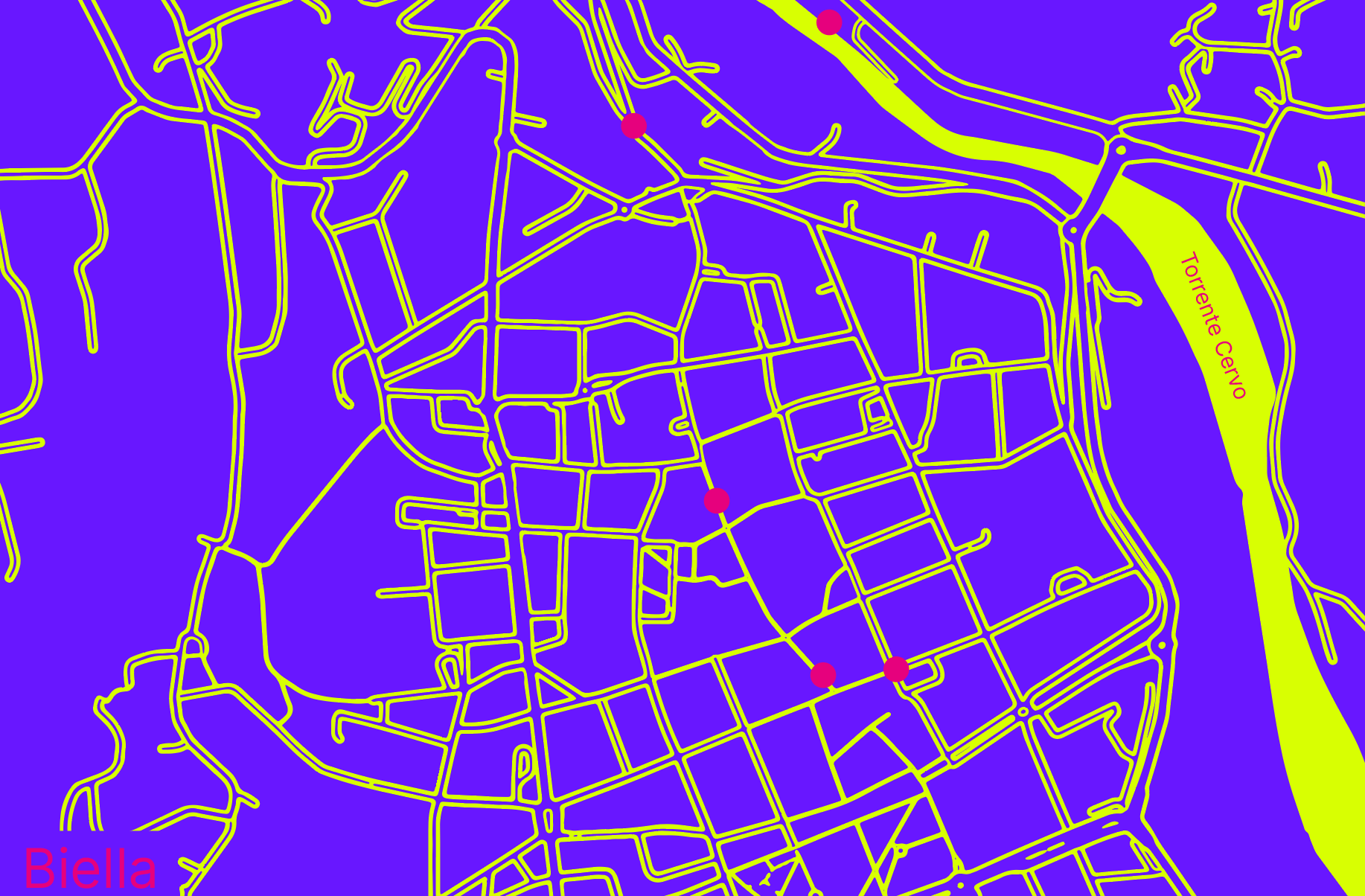 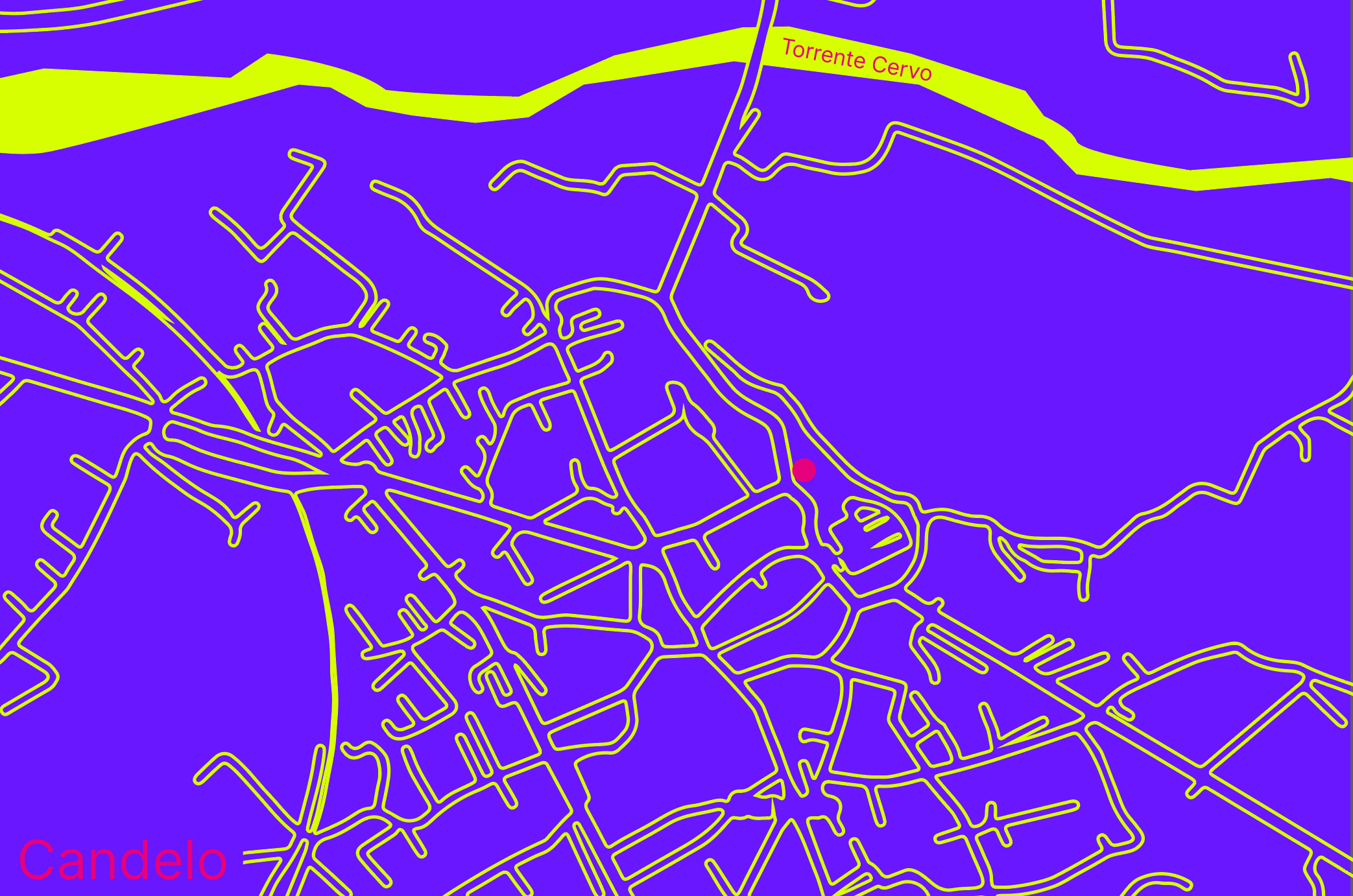 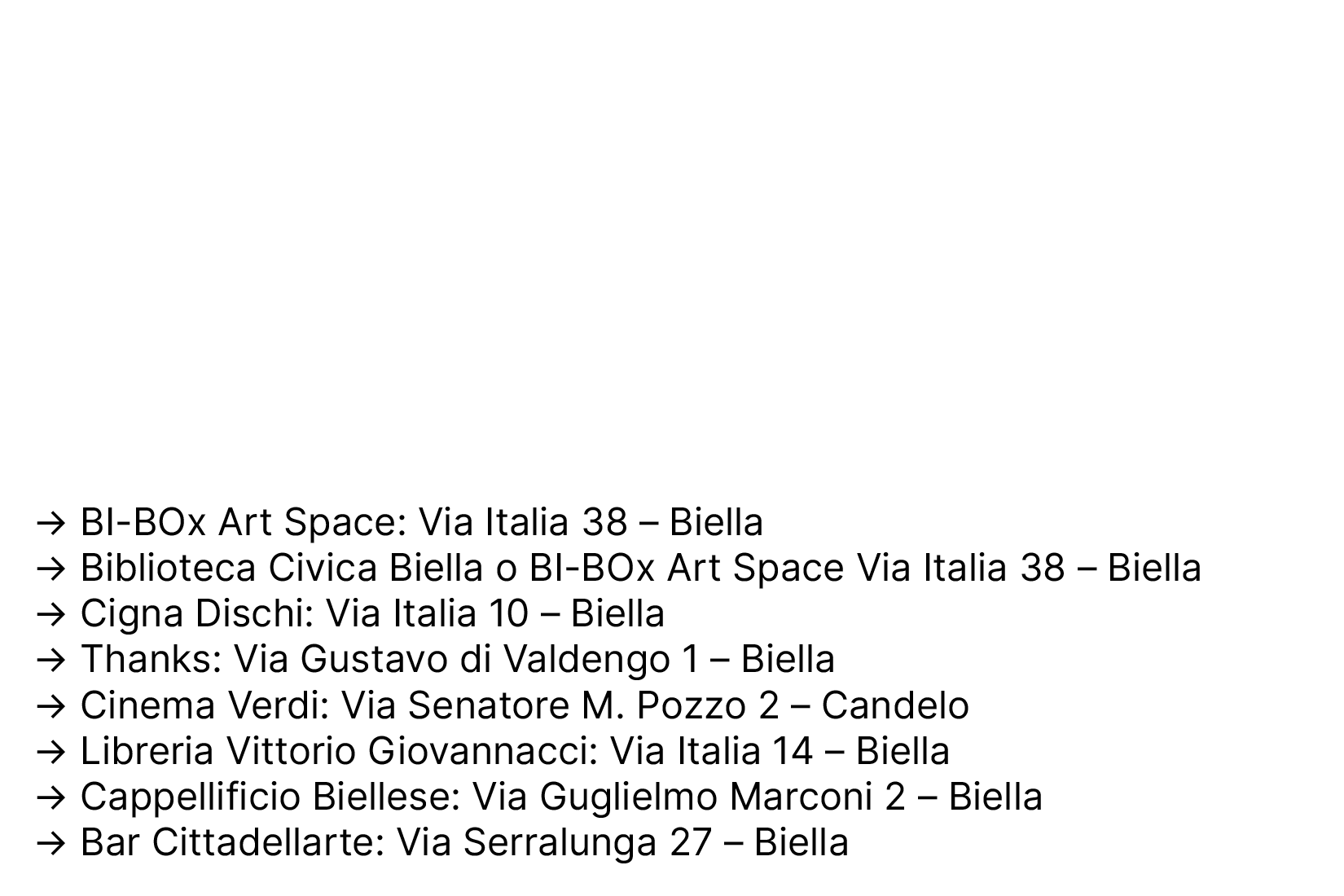