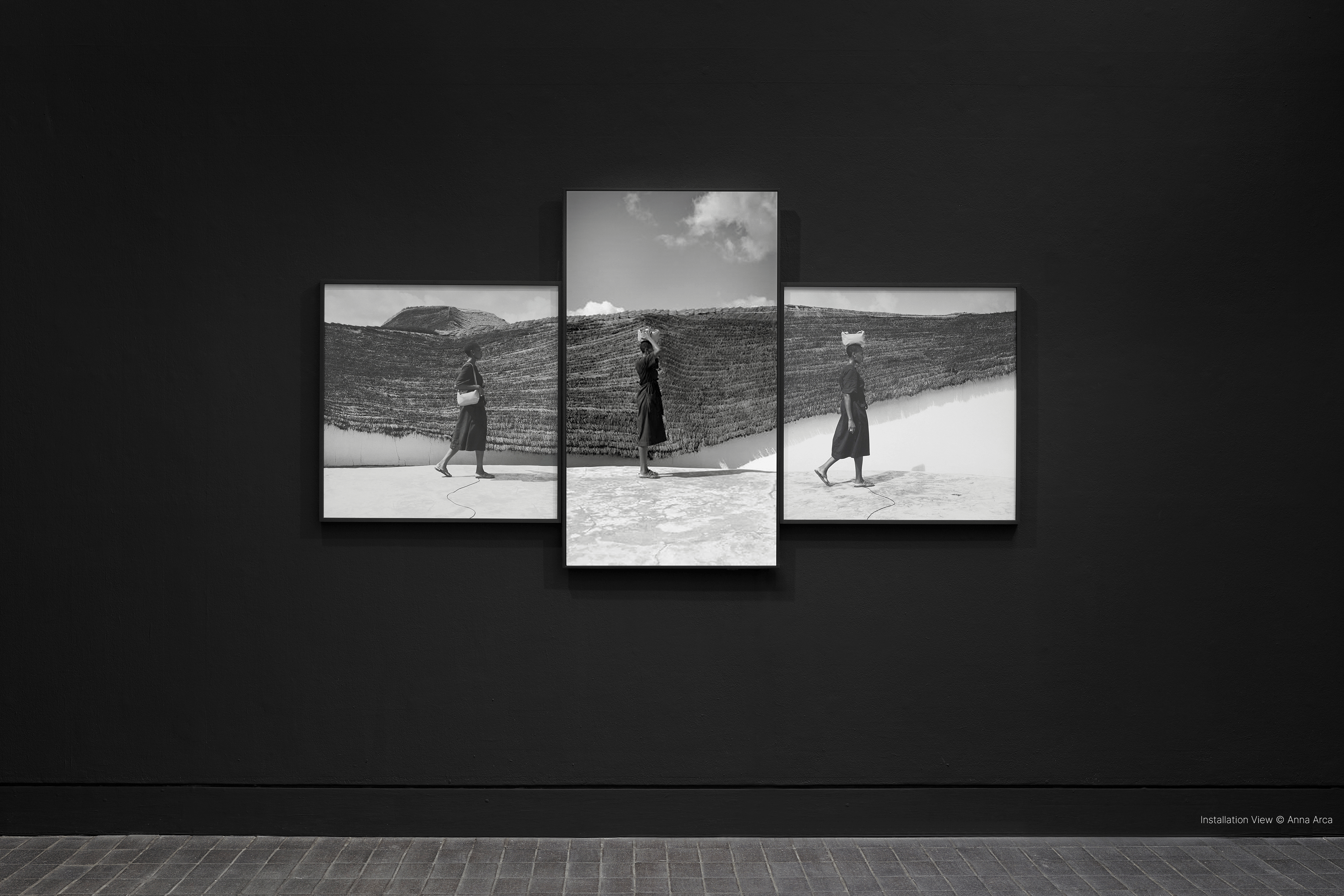 The project is developed in collaboration with CAMERA – Italian Center for Photography and is part of the activities conceived by the center for FUTURES Photography 2021.

The Lessico Familiare exhibition, divided into four works, traces one of the central themes of Silvia Rosi’s artistic research: the exercise of memory as a method of transmitting traditions. Through the repetition of gestures and movements, the artist analyzes the origins of his family and their experience from Togo to Italy and picks up the ancestral memories of his roots. His images are partially inspired by the West African studio portrait tradition.

In Mother and Grandmother, the protagonist of the work is the Sihin, the ring of fabric used by merchants to carry loads on the head, which here becomes a vehicle for the transmission of matrilineal culture and knowledge. In the video, the artist’s mother and grandmother show the stages of sihin production: both ex-merchants, belonging to different generations, transmit to Rosi a skill that, due to migration to Italy, has not been handed down to her. The artist thus participates as an indirect protagonist: through the recording of the gesture through videos and photographs, the Sihin tradition is narrated and learned.

In Angèlique the artist performs a scene observed in the village of Sinthian. A woman walks through the garden of the residence with a tray full of clothes, her phone starts ringing. The woman stops, places the tray on her head, takes the phone from her dress pocket and begins the call. He gestures and converses aloud, forgetting the tray which, placed on his head, becomes an extension of his body. The work is part of the Encounter series.

In La Sconosciuta, the artist performs a scene observed on the streets of Lomé, Togo. A woman walks along the road that leads to the home of Rosi’s grandmother, in the Sanguera neighborhood. She has a bag around her arm and wears a simple dress. He stops, takes the bag off his arm, places it on his head and continues walking. This work, in the Encounter series together with Angélique, represents one of the daily uses of transport techniques.

In the work Sihin, the artist recreates the sihin, a hat for carrying loads on the head, taking the clothes used by the mother as a child and wearing a school uniform: a reminder of the life of the merchant mother who started at a young age. The setting of the video, shot in the studio, is a reference to the photographic tradition of West Africa.

Silvia Rosi was born in 1992 in Scandiano (Italy) and she is living and working between London and Modena. She graduated from LCC in 2016 with a BA (Hons) in Photography. Her work retraces her personal family history drawing on her Togolaise heritage, and the idea of origins. The theme of family is explored through self-portraits in which she plays her mother and father, narrating their experience of migration – from Togo to Italy. Her images are partially informed by the West African studio portrait tradition. 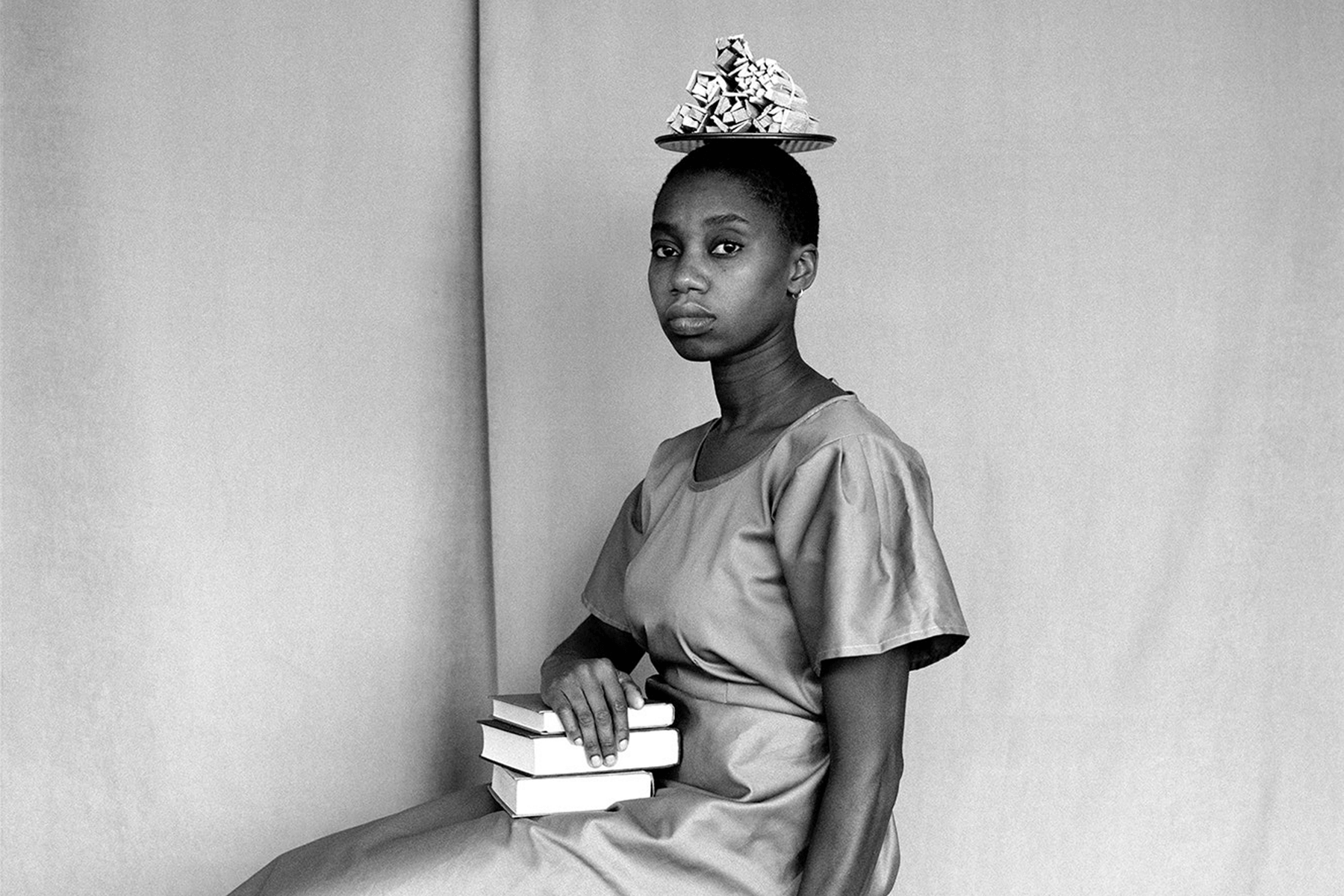 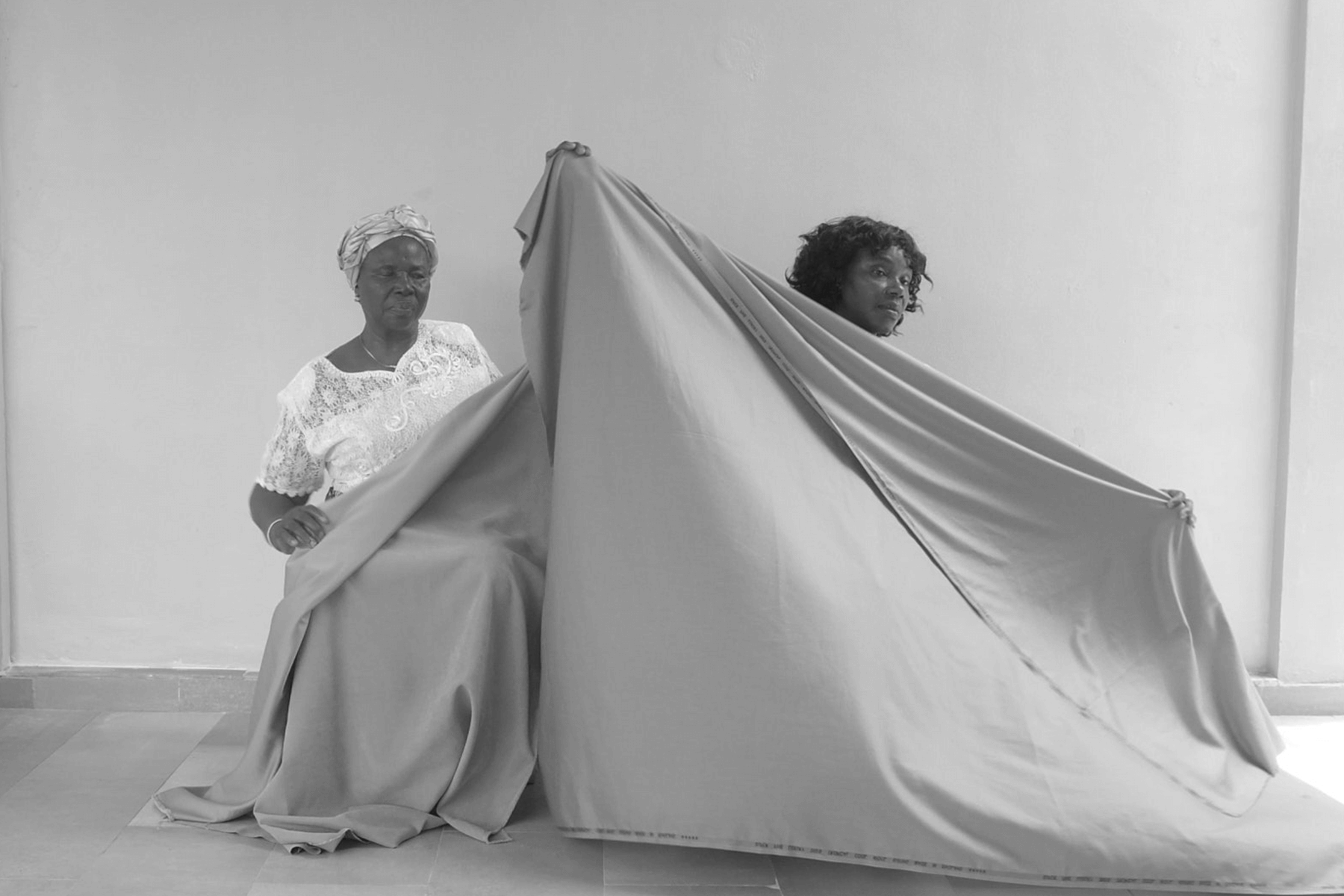 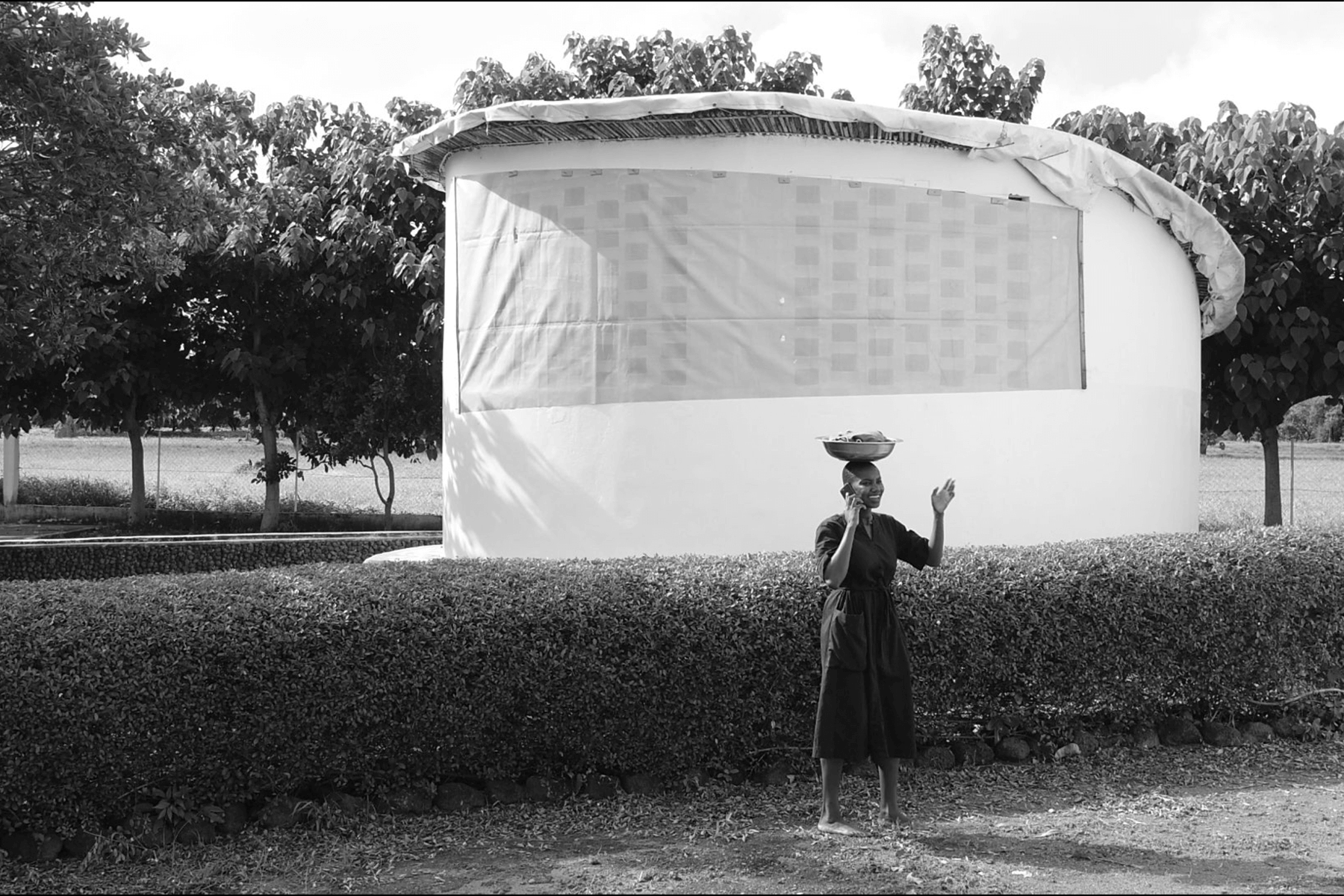 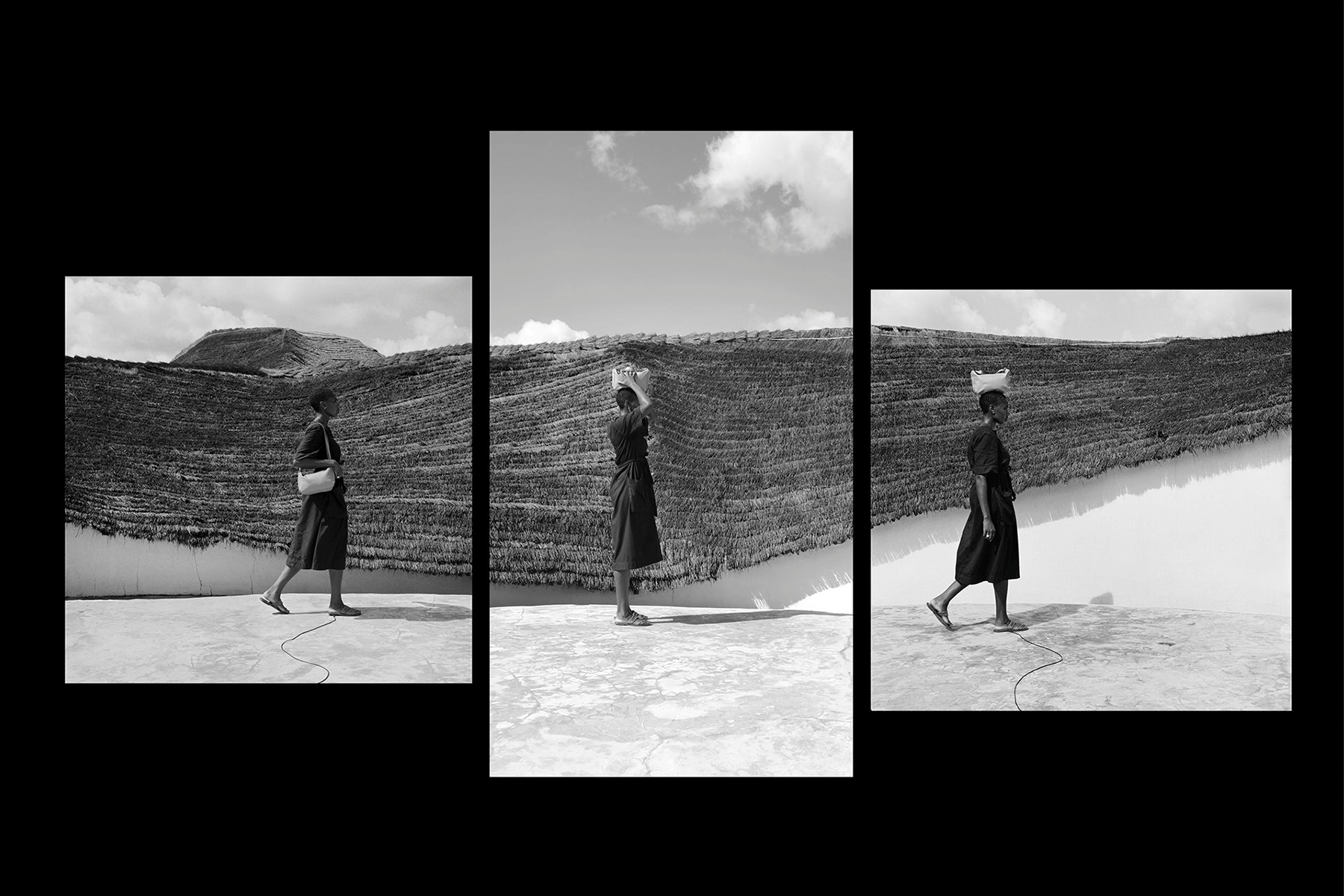