Mara Palena – A study on behaviour, curated by Micaela Flenda 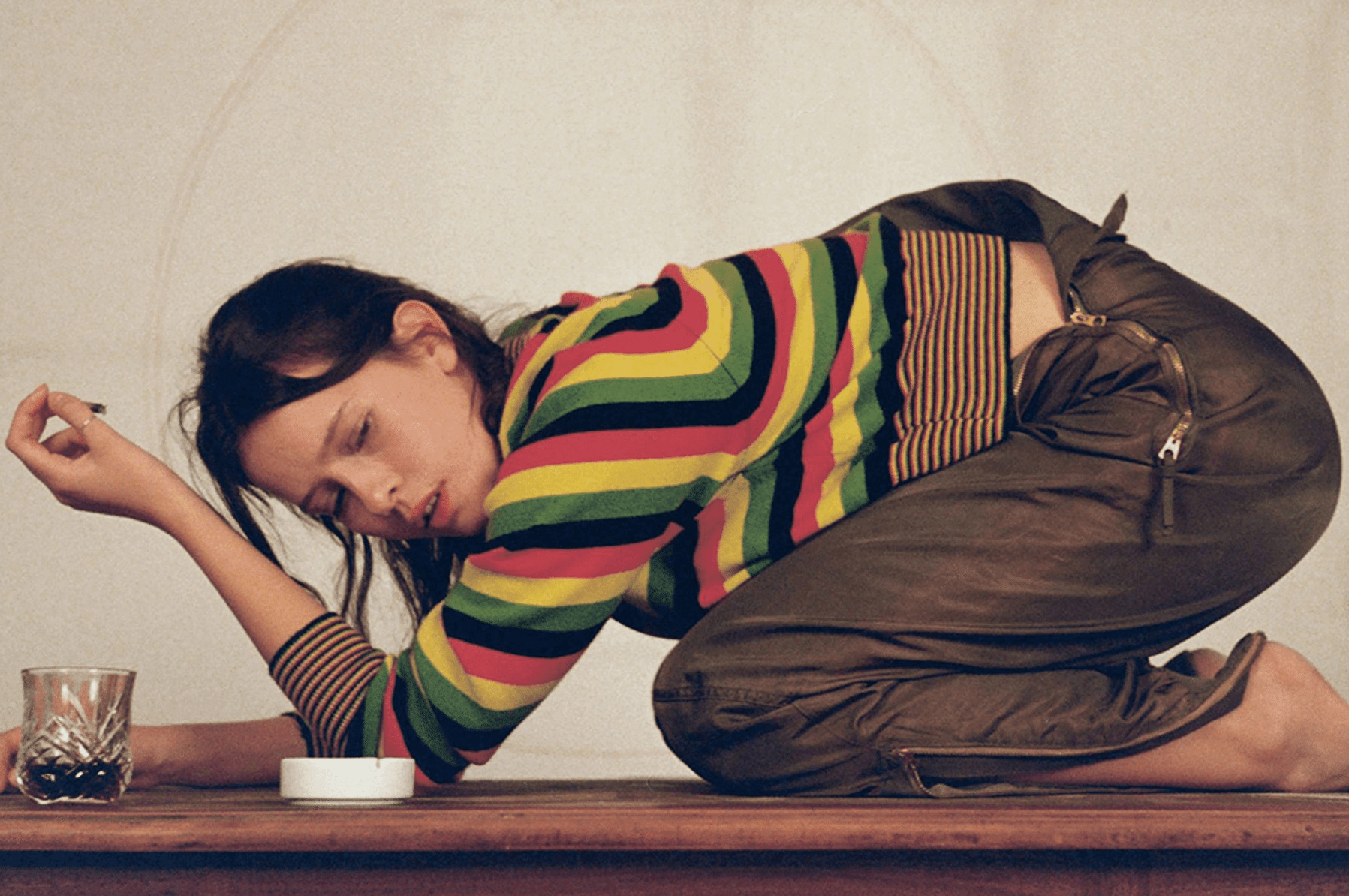 Recontemporary presents A Study On Behavior, an exhibition by Mara Palena curated by Micaela Flenda.
The exhibition inaugurates on September 11th and a talk in collaboration with the artist, the curator and Nonseiliberə* will follow on September 12th: a current survey on the role of women in contemporary art.

How is female behavior influenced by contemporary society?
According to the feminist theorist Judith Butler “gender is performed”, this means that each of us assumes or plays in some way a role chosen for us by the expectations of the context in which we live. This “role performance” is crucial to the representation of the gender we are and the gender we present to the world.

A Study On Behavior is the trilogy of short films born from the collaboration of Mara Palena with actress Jessamine-Bliss Bell: a work that aspire to study human behavior within society.
Exploring the feeling of anxiety in the social context, the three films investigate how much the acting dimension is part of our daily behaviors and show what the long-term effects may be. Daily routines that culminate in a sequence in which reality and the subconscious merge, showing themselves indecipherable and inseparable.

Mara Palena
Mara Palena (b. 1988) lives and works in Milan. Her aesthetic was influenced by her training in the fashion field, where she worked for the most influential fashion stylists in the industry, but at the same time it represented a step towards approaching something different. Through the photographic medium he studies the theme of memory and identity. His work almost always has an installation character and explores the use of different media. She works between Milan and London as a photographer and film-maker. His work has been exhibited in several group shows, his first solo show was hosted by Twenty14 in 2016. His work has been selected and exhibited during LA Photomonth 2017 and Lucie Foundation Los Angeles. His films celebrate the collaboration between writers, poets and actors. All films are films programmed with specific conceptual goals. In 2020 he founded together with the actress Jessamine-


Micaela Flenda
Micaela Flenda Milanese by birth, is an independent curator and art writer specializing in feminism and gender studies.
The relationship between fashion, culture and politics, the representation of the body and the analysis of the concept of identity are some of the themes at the center of his research and curatorial practice. From 2016 to 2020 she was the founder and curator of the TIMNBY collective, a platform that had as its objective the promotion of emerging Italian and international artists. He teaches photography and studies on fashion film at Naba – New Academy of Fine Arts in Milan. She is currently finalizing the Masters in Women’s and Gender Studies at the University of Bologna and the University of Granada.

EXT. ANGST
Independent film house, founded by Mara Palena and Jessamine-Bliss Bell. The artists have a deep interest in creating experimental films, with no other purpose than the exploration of ideas that seem to have limited space in the film industry.
Their goal is to create films that, in addition to intriguing about the proposed themes, can analyze human behavior, especially within the society in which we live.
EXT. ANGST aims to create films freely, always in search of the truth within the moment, but remaining faithful to the narrative of each project.

Jessamine-Bliss Bell
Actress and author. Jessamine works and lives between London and Paris. He studied acting in New York at The Lee Strasberg Theater and Film Institute, completing the conservatory. He has starred in numerous short and feature films including A Study On Behavior, Sequences Of An Ordinary Day (Blow Up International Film Festival, Indie Visions Film Festival), Salt (NFTS), Backdraft II (Universal Studios), Trick Or Treat (Marbella Film Festival 2019, Evolutionary Films) TV appearances includes Pure (Channel 4). Among the upcoming releases: Imogen (BFI, produced by Margo Mars and Alma Har’el) premiered in Palm Springs at AMDOCS 2020 and The Way We Were, a fairy tale documentary produced by Flare Film and Wim Wenders. Readings include Kenneth Lonnergan’s The Goodnight Girl and Platform Present’s This Is Our Youth at the Playground Theater. Jessamine is the writer of Ext. Angst.