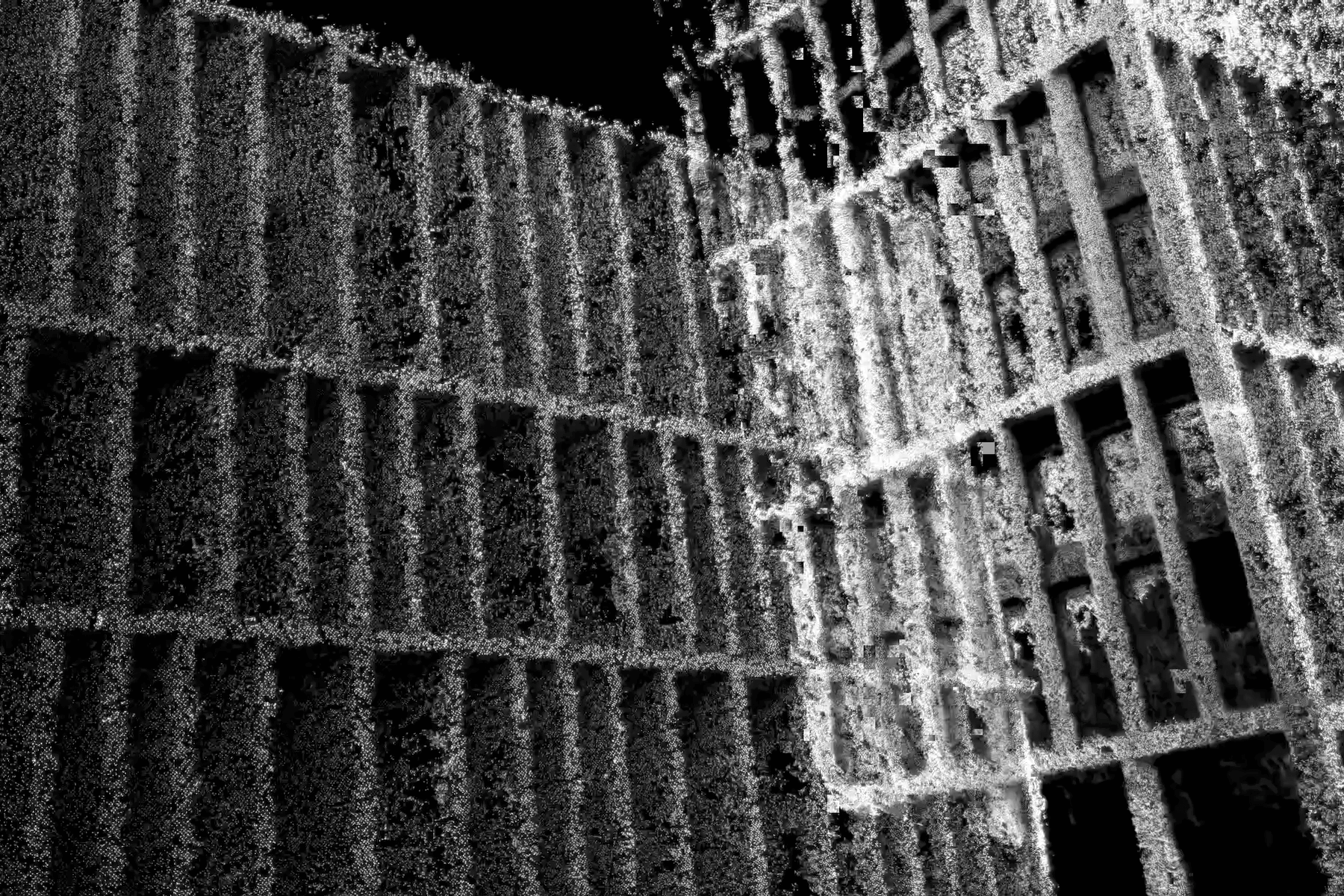 Recontemporary presents UN_I [N] VERSO, the first solo exhibition of the Italian artist based in Berne, Gianluca Iadema. It is an audiovisual sculpture in which lights, dark areas, metal cages, multidirectional amplified sound and video projections act and intertwine.

Iadema’s work stems from the desire to explore the broad concept of matter, between concreteness and transparency, with the aim of creating a system in which different types of media can merge. Not a music in loop during the hours of the day, in the museum hall, but a sound path that can be articulated in a narrative, an evolution, a dramaturgical form. “I’m looking for an artistic form”, says the artist, “in which the viewer perceives the various aesthetic dimensions (music, cinema, theater, choreography) as a unit”.

UN_I [N] VERSO can be summarized as a slow and constant zoom that starts from macroscopic dimensions (digital landscapes) and then enters the city, details, oneiric deviations and returns. Each element that is contained can become a container and vice versa. Starting from a phenomenological approach, Iadema first classified the various constituents of audiovisual sculpture according to their material characteristics, to find those points of convergence and divergence and create a stronger interdependence between them.

The walls of Recontemporary are therefore invaded by sounds, shadows of grids, intermittent opacities, the appearing and disappearing of structures, films. Can we conceive of sound as a material element?

The day after the opening, the artist will hold a panel at Recontemporary, from 18.30 to 19.30, which will investigate his artistic practice: how multimedia composition can be understood, analyzed and created and how to conceive the different mediums as part of the same inseparable system, that is, like one the extension of the other, trying to analyze the work in its entirety, replacing the dialectical approach with the rhizomatic one.


For the finissage of the exhibition, Iadema proposes a live performance linked to his album Aphàiresis, published by the Mille Plateaux record label. The album is presented as a compact sequence of signs, of distinct and filtered paintings and reconfigured in impulses of remembrance light. Dusty decompositions of sounds, which rekindle worlds, but not to misinform their noises. “Dust (aphar) needs to be reminded from time to time that he was once man and immortal matter.” – Pino Marchetti on Aphairesis.

Gianluca Iadema (* 1996) is a composer, performer, sound artist and multimedia Italian, based in Bern (CH) and Graz (AT). His works and research of him are based on the exploration of digital and analogical imperfections, connected to the broader philosophical concept of matter in relation to audiovisual objects. He is increasingly interested in structural correlations between sound and visual environment, looking for ways in which elements from different sensory fields can be perceived as a single component, leading to a form of art that can no longer be classified. This led him to turn his interest in an artistic typology that takes into account all the expressions of him: from the sound to architecture, from video to sculpture, passing through performance and light design and everything else. On the sound level, Iadema aims at the abstraction of stylistic elements from techno music, glitch and pop, focusing on their essence, merged with contemporary artistic experimentation.
The works of him include instrumental compositions with or without Live Electronics, multimedia installations and sculptures, fixed audiovisual works, acoustic works and live performances. 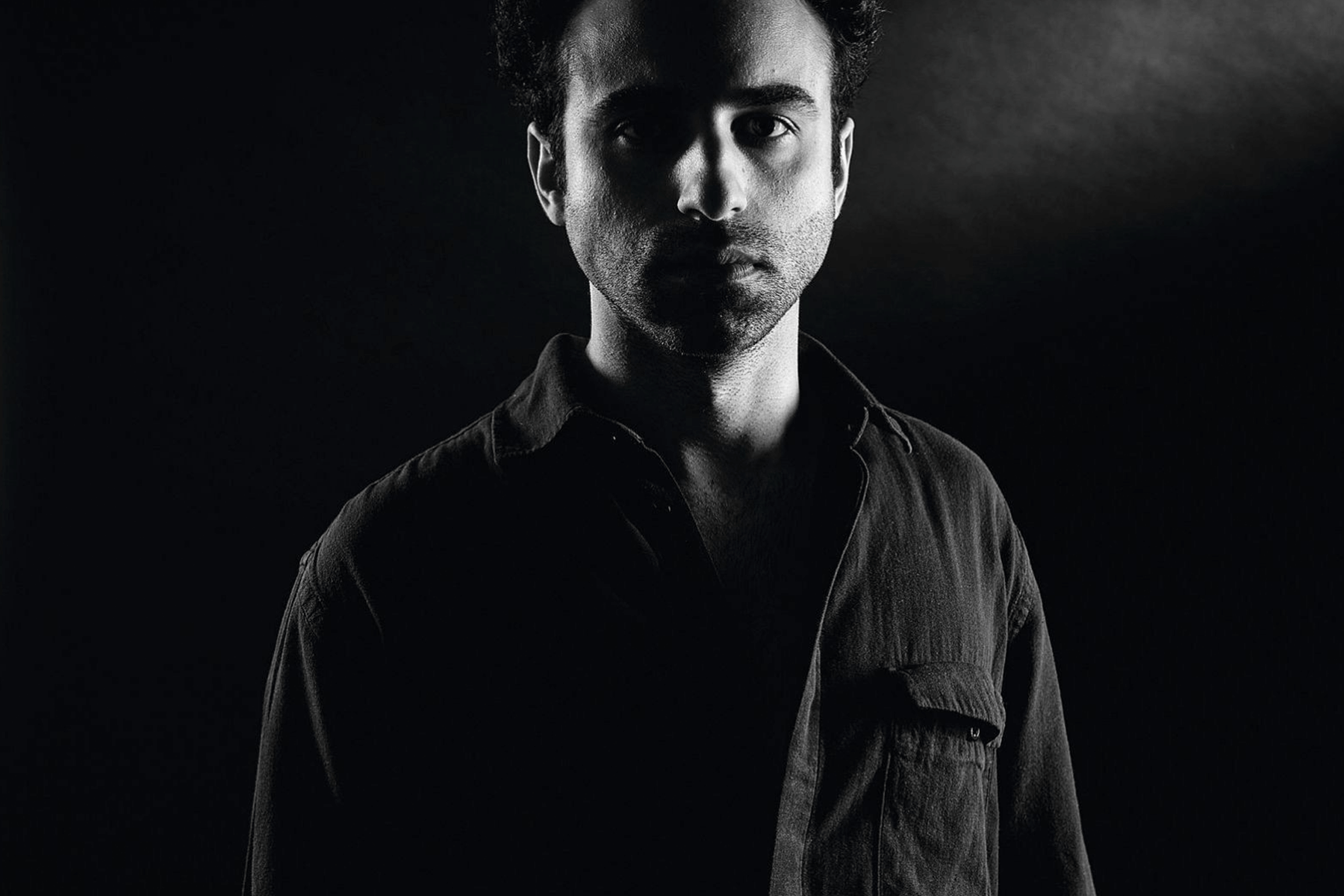 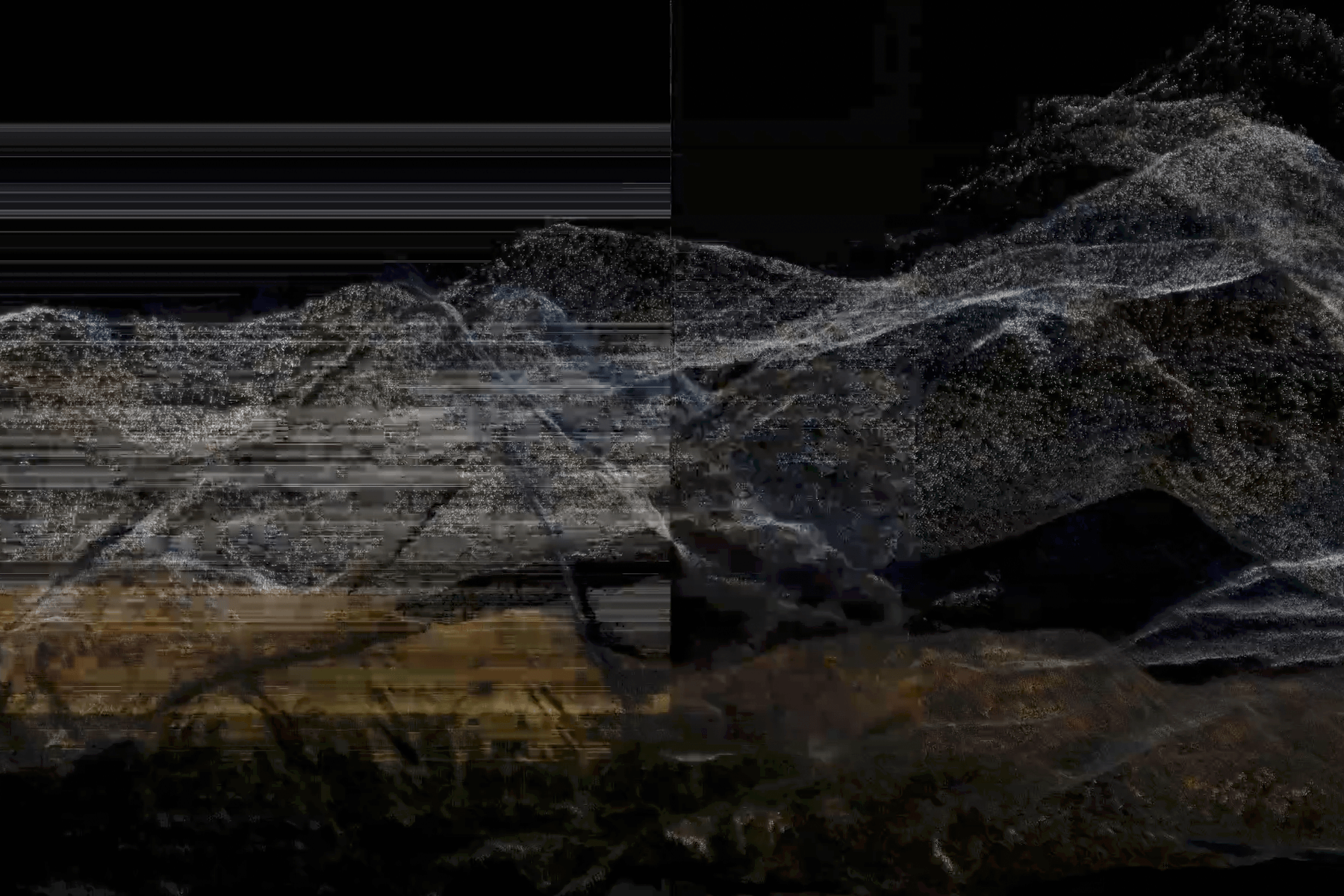 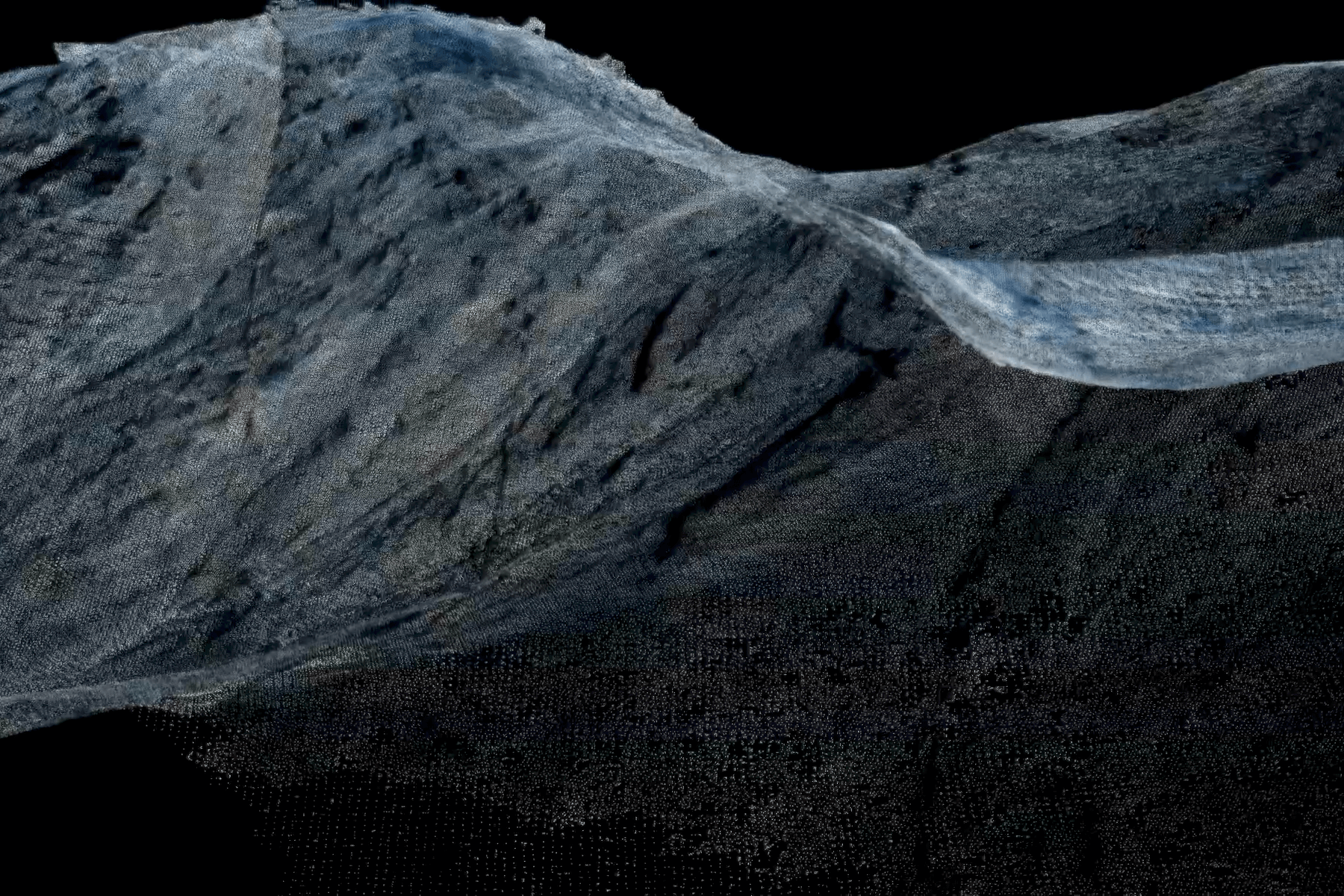 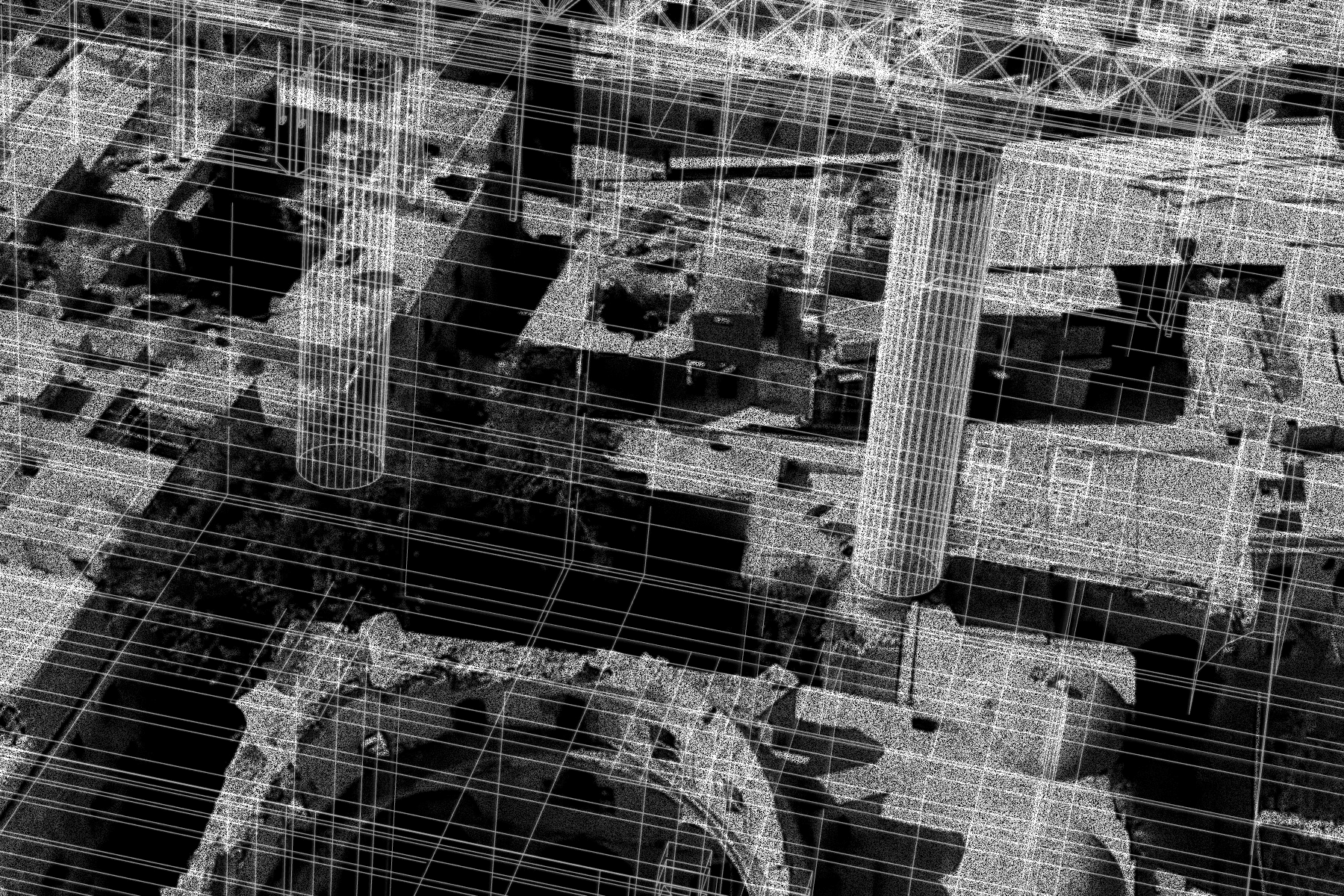