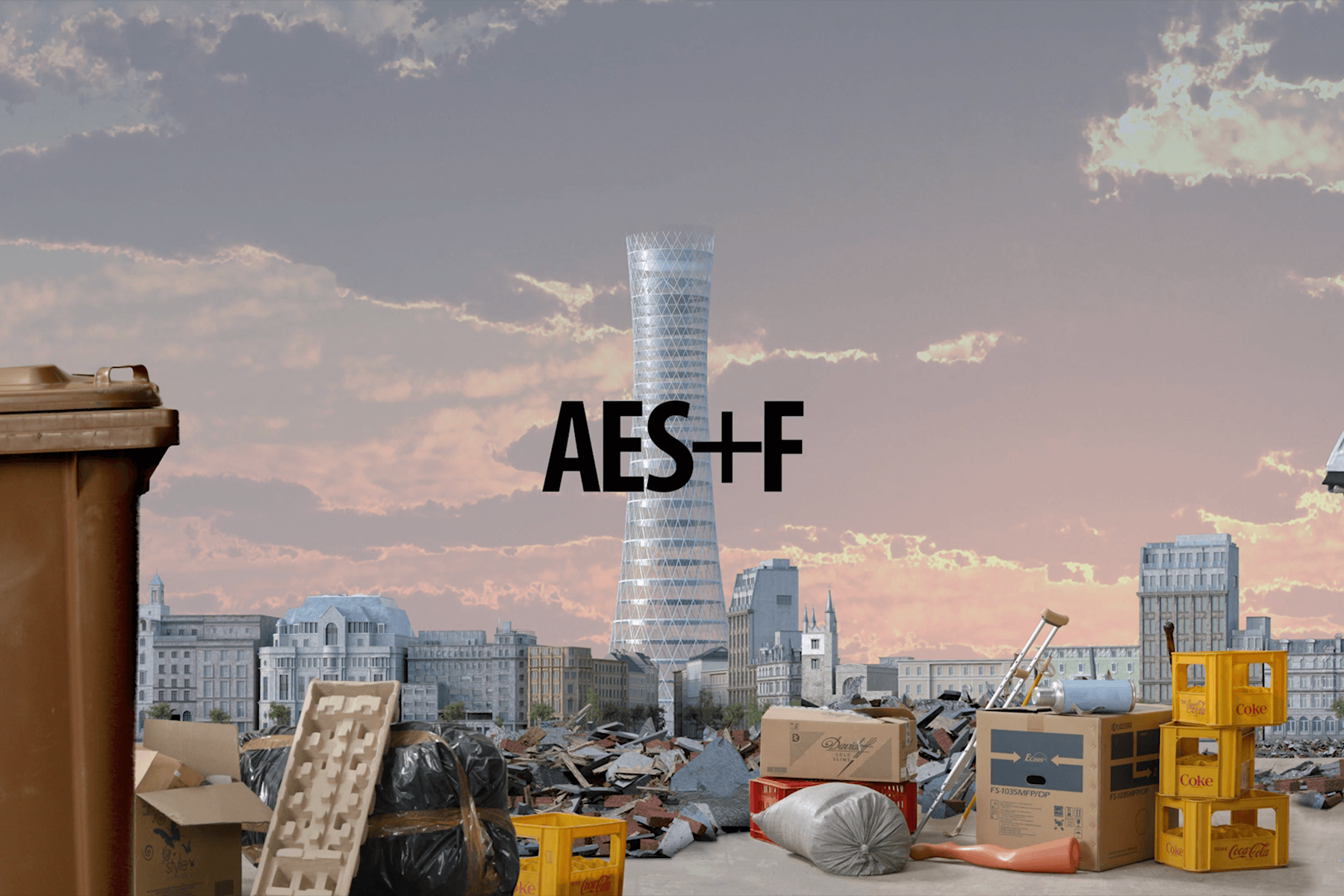 During the period of Artissima, Recontemporary is happy to present the Inverso Mundus, an exhibition created in collaboration with Galeria Senda of Barcelona and the Mon Viewing Room of Michele Forneris, with the technical support of Vi.Ma.

The work is signed by the AES + F collective, artists who have represented Russia on various occasions and events such as the Venice and San Paolo Biennale, and who at this moment have openly distanced themselves from the politics of their country. A choice aimed at supporting artistic production regardless of the country of origin.

Inverso Mundus is a critique of the dystopian situation we live in today, amidst the climatic, social and economic crisis, exploitation and gender inequality. The video work, lasting about 40 minutes, is presented with an ad hoc setting designed by the designer Andrea Isola with the contribution of the participants in the Exhibit Design workshop organized by Recontemporary in the days immediately before the inauguration.

To enrich the exhibition, the evocative Mon Viewing Room by art collector Michele Forneris, hosts in collaboration with Recontemporary another work, Psychosis, by the artists, which can be visited by appointment by sending an email to spaziomon@gmail.com: a little hidden gem in the city for the most curious.

Inverso Mundus takes as its initial reference point the sixteenth-century carnivalesque engravings in the genre of world upside-down, an early form of populist social critique that emerged with the advent of the Gutenberg press. The project’s title intermingles ancient Italian and Latin, based on a century-old layering of meaning, combining Inverso, the Italian “reverse” and old Italian “poetry,” with Latin Mundus, meaning “world.” Inverso Mundus reinterprets contemporary life through the tradition of the engravings, depicting a contemporary world consumed by a tragicomic apocalypse where social conventions are inverted to highlight the underlying premises that we take for granted. Metrosexual garbage collectors douse the streets in sewage and refuse. An international board of directors is usurped by their impoverished doppelgangers. The poor give alms to the rich. Chimeras descend from the sky to be caressed like domestic pets. A pig guts a butcher. Women clad in cocktail dresses sensually torture men in cages and on devices styled after IKEA furniture in an ironic reversal of the Inquisition. Preteens and octogenarians fight a kickboxing match. Riot police embrace protesters in an orgy on a massive luxurious bed. Men and women carry donkeys on their backs, and virus-like radiolaria from Haeckel’s illustrations loom over and settle on oblivious people occupied with taking selfies.

The soundtrack of the video is an amalgamation of Léon Boëllmann’s 1895 Suite Gothique, an original piece by contemporary composer and media-artist Dmitry Morozov (aka VTOL), along with excerpts from Ravel, Liszt, Mozart, and Tchaikovsky, with a particular emphasis on “Casta Diva” from Vincenzo Bellini’s Norma.

Psychosis, instead, addresses such themes of the 90s as corporeality, psychedelics and social protest, through the prism of contemporary digital technologies and aesthetics. The project takes its inspiration from the text of the play 4:48. Psychosis by cult British playwright Sarah Kane, written by her in a psychiatric clinic in early 1999, shortly before her suicide. Kane suffered from clinical depression and crippling self-loathing, her final play often interpreted as an illustration of her mental state as she battled with an insatiable desire for love and contemplated taking her own life. . Together with Alexander Zeldovich, AES+F first reimagined the play for the Moscow Electrotheatre Stanislavsky with an original concept performed as a cacophony of 19 voices, and an entirely CGI video set design with a modular system of screens. Subsequently, the collective produced a mixed reality installation with a performance component, as well as a stand-alone video work derived from their set design. The music and sound effects for both, the theater performance and the later installations, were composed by Dmitry Kourliandski based on micro fragments of Brahms’s German Requiem. The viewer is transported inside the surrealistic visions of Sarah Kane’s protagonist, embarking on a psychedelic journey. The single-channel video work is more closely based on the set design, employing the same visual material, its narrative structure loosely aligned with that of the stage play. The poetics of the visuals oscillate between the fairytale-esque and the terrifying, filled with images of the female body, blood, black snow, mushrooms, and cockroaches.

The single-channel video installation premiered at Ca’Foscari University in Venice during ArtNight in 2017, while the mixed-reality installation was first shown in Moscow at Center Mars and subsequently traveled to the 2018 Rencontres d’Arles festival in France and the Geneva International Film Festival in 2019.

The works reference the contemporary situation, made of sudden changes and extreme instability: in this moment more than ever it becomes necessary to let yourself be carried away from the communicative power of art, its capacity to unite and induce reflection, encapsulating universal messages.

First formed as AES Group in 1987 by Arzamasova, Evzovich, and Svyatsky, the collective became AES+F when Fridkes joined in 1995. AES+F work at the intersection of traditional media, photography, video and digital technologies. They define their practice as a “social psychoanalysis” through which they reveal and explore the values, vices and conflicts of contemporary global culture.

AES + F STATEMENT ON RUSSIA’S INVASION OF UKRAINE – April 4th 2022 / Berlin, Germany
“We represented Russia for many years at various international exhibitions, including the Russian Pavilion of the Venice Biennale in 2007. On February 24th we put a black field on our Instagram, signed anti-war petitions, and went silent… This was not a silence of conformism or agreement; this was a silence of shock and impotence…
A month and a half has passed since the start of the invasion. The Putin regime continues to commit war crimes, destroying Ukrainian cities, killing thousands of people, depriving millions of their homes, families, and futures.
After fear for our loved ones, depression, shame of our powerlessness and the feeling of guilt, gradually came understanding of the new reality which we all find ourselves in, and what is possible to do in that reality. There is no more neutrality, you are either against the war and Russian fasсism, or you support it. We have made our choice.
We cannot represent a country that is undertaking a genocidal war of aggression, brainwashing its own population, and repressing and terrorizing its citizens for protesting even with blank placards. We canceled all upcoming exhibitions with Russian state institutions, and we will not resume any projects in Russia until this regime is no longer in power.
Among other initiatives and NGOs that provide relief, we are supporting our old Ukrainian friend, Vira Nanivska, who in the early 90s organized our first exhibitions in Europe together with Ukrainian artists. Some time ago she built an art residency at her farm in the Carpathians, West Ukraine. Now this residency and a few nearby villages shelter almost a thousand refugees. In the last couple of weeks Vera has also been receiving bodies of those who died on the road, and has been organizing their burials.” 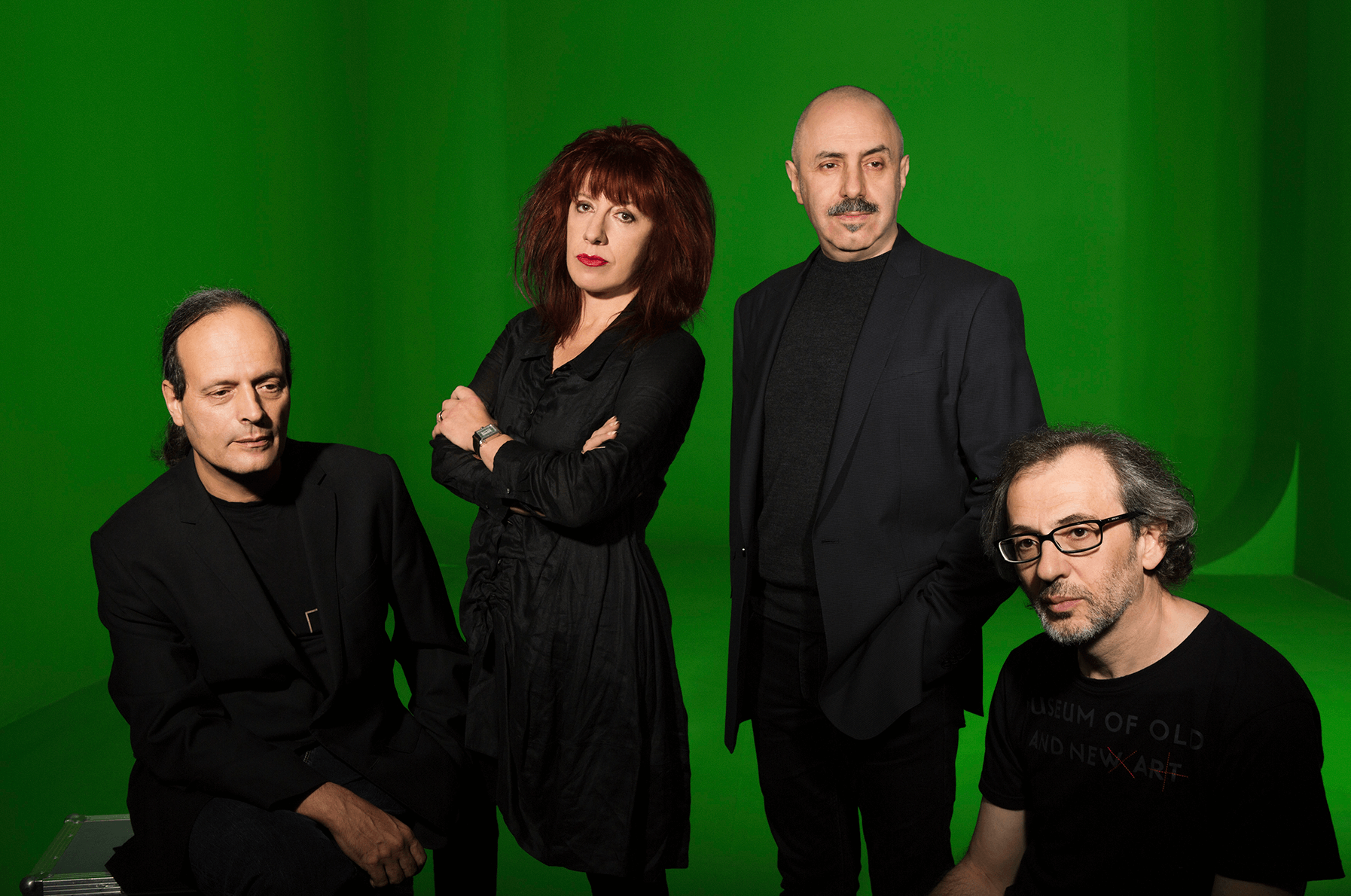 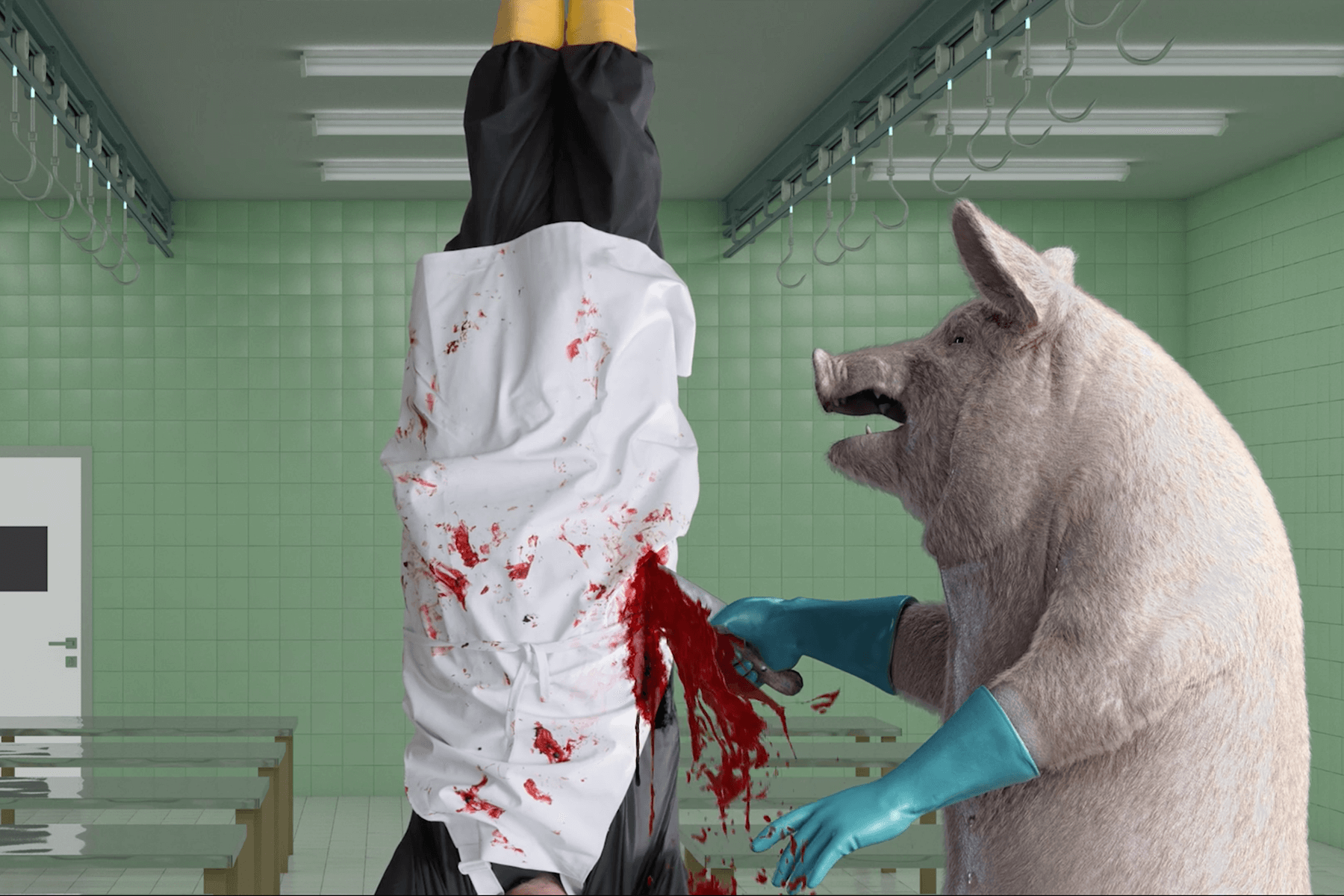 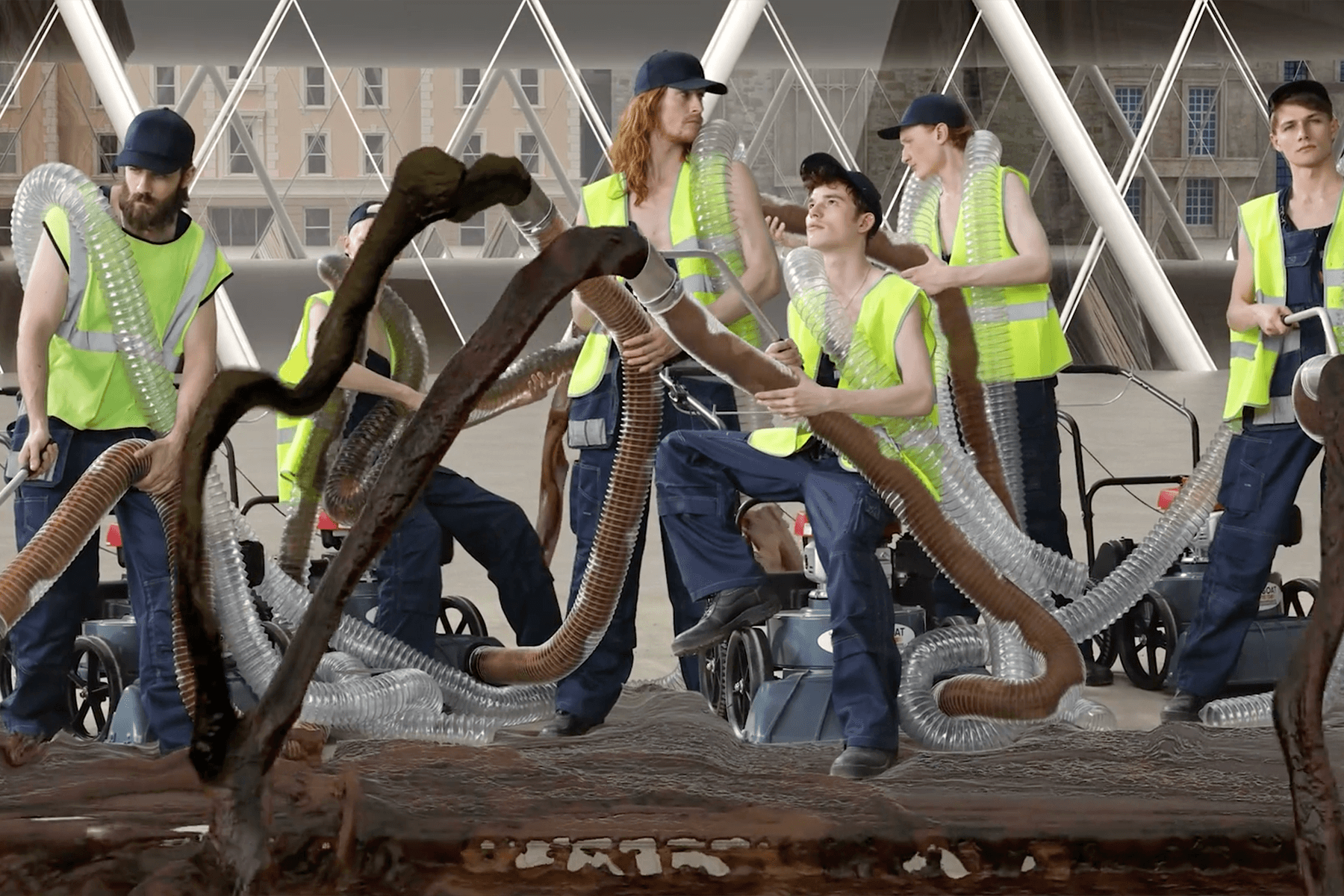 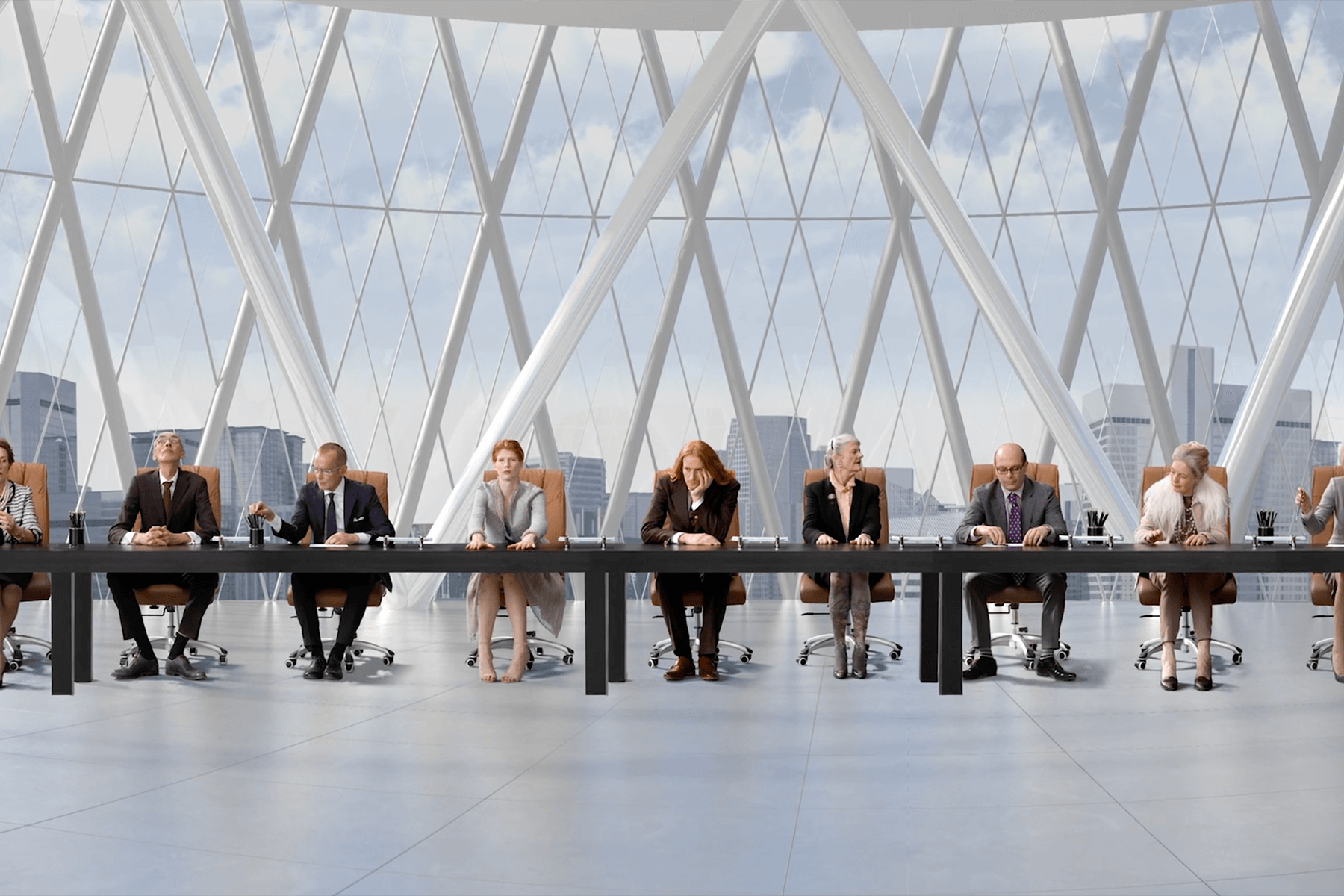 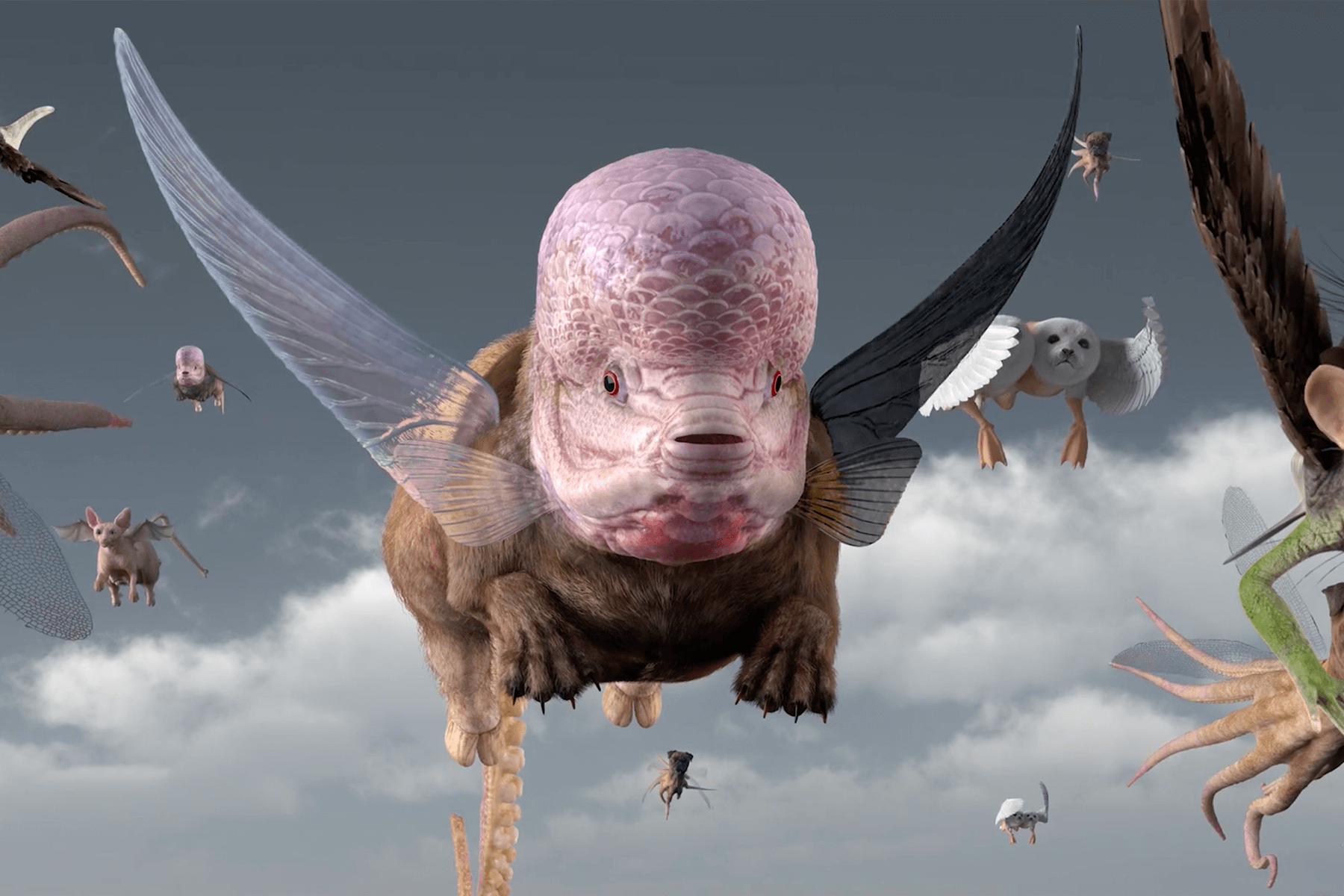 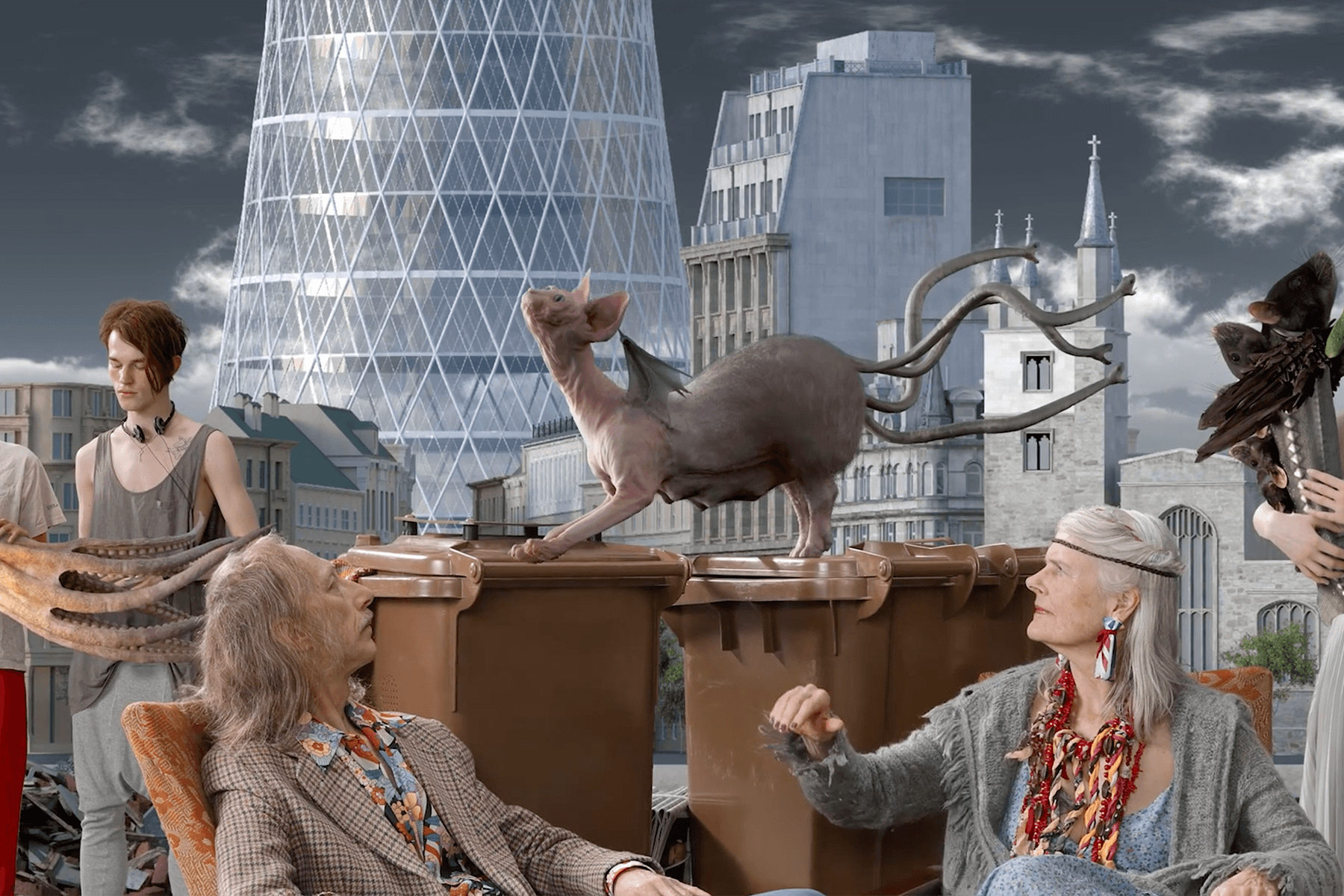 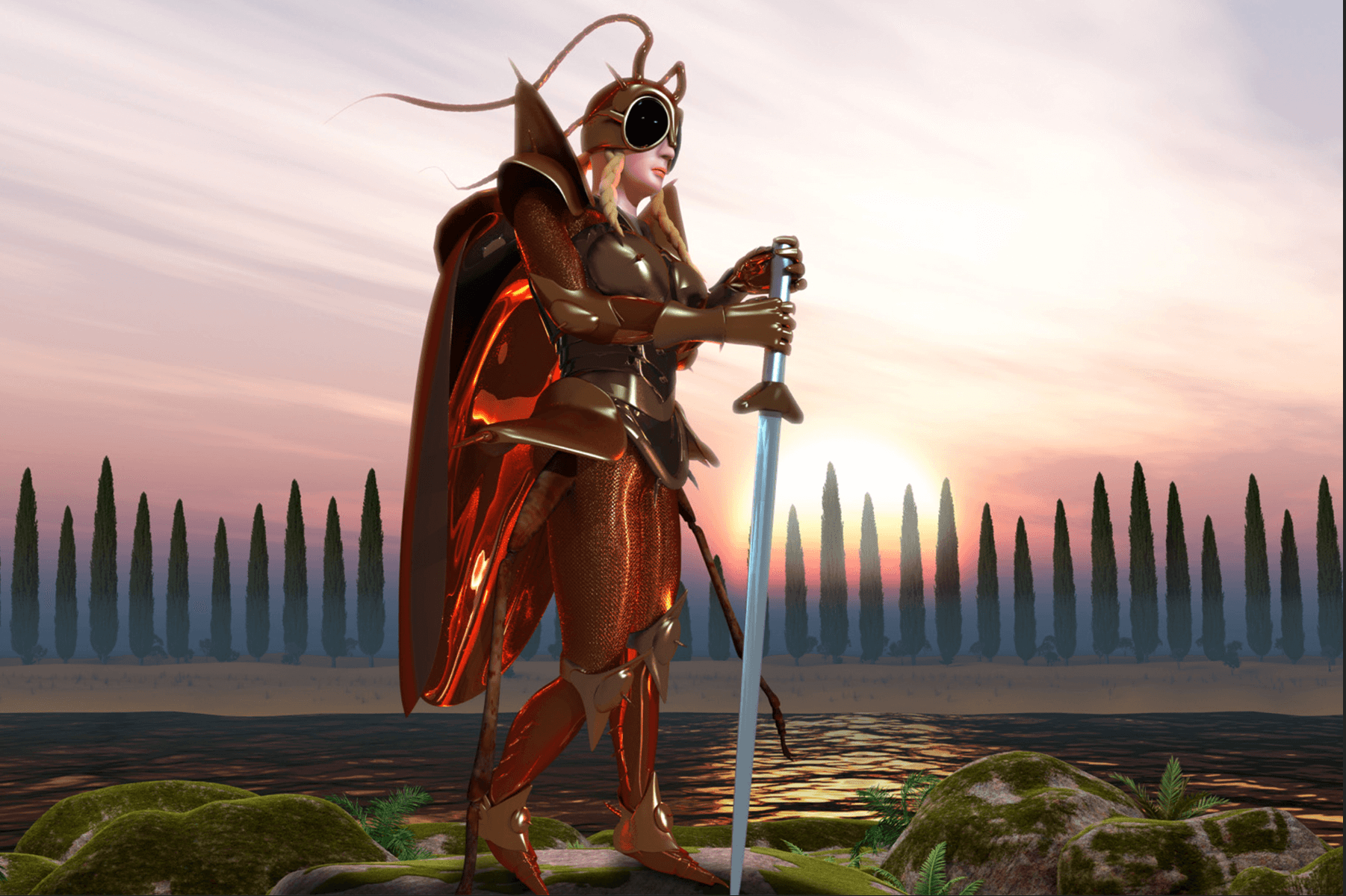